KUWAIT CITY, May 30: The American University of Kuwait launched the “Research Dialogue Forum” with a lecture by Dr. Catherine Hennessy, Assistant Professor of English at the University and Fellow of the National Endowment for the Humanities. In her lecture on ‘Why Theater Matters: Three Scenes from the Arabian Peninsula’ Dr Hennessy shed light on the relationship of the social and political sphere on the theater and the impact of these relationships at the individual level and society as a whole.

During the lecture, Dr. Hennessy expressed her dissatisfaction with the current state of Arab theater, showing how theater has become — in the minds of the public — just a platform for comic works, which reduces its importance and role as a cultural platform. To highlight positive theater models, during her lecture, Hennessy featured three theater models from the Arabian Peninsula that focus on social and political content.

During her analysis of the play ‘The Fourth Hour’ by Talal Mahmoud, Dr Hennessy highlighted the importance of theater in the role of the teacher, as the play frames the issue of obsessive-compulsive disorder in a humorous way and dismantles the stigma associated with it in the Arabian Peninsula, pointing out that theater in general is a unique means of communication. It can embody culture and convey the message in an easily digestible manner. In her second analysis, she focused on the Kuwaiti play “A Bite” directed by Abdullah Al-Turkmani and adapted from Antoine Chekhov’s play “The Chameleon,” noting that the play highlights the injustice faced by citizens and residents in Kuwait with regard to wasta and favoritism in all aspects of society.

Dr Hennessy used this model of plays to emphasize the importance of using metaphors and linguistic similes to convey a certain idea or to create a common sympathy for a particular subject without being subject to the limits of censorship. Finally, Dr. Hennessy turned her attention to war-torn Yemen and expressed how the political climate full of turmoil and conflict was portrayed on stage in the play “The Rescue”, which embodied social and political differences, indicating that this play would have been subject to censorship had the creators not used imaginative adaptation as a way to circumvent them. 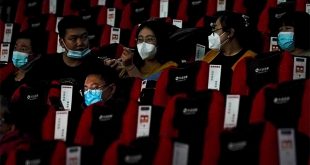 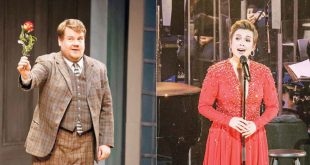