KUWAIT CITY, Jan 7: An Arab pharmacist working in a government hospital has been arrested by personnel from the Criminal Investigation Department (CID) for dispensing narcotic pills to some women and luring them to come to his apartment for pleasure sessions, reports Al-Anba daily. According to security sources the suspect was stealing these pills from the pharmacy and to avoid being caught or holding to account for these pills he was requesting doctors working in the hospital to write prescription to cover his deeds.

As soon as this information was received, the criminal security sector agent was notified of it, and immediately directed to complete the investigations and confirm them, while taking all legal procedures related to obtaining a representative permission to document the investigations.

The source stated the female agent agreed to the deal and contacted him by phone. As soon as she entered the pharmacist’s apartment, the security sources after taking permission from the Public Prosecution raided the apartment and the pharmacist was arrested.

During interrogation the pharmacist confessed to his illegal activity for the past eight months. The accused pharmacist also admitted women who were addicted to these pills know each other and some of them lured more women to him.

In response to a question as to how he managed to take these pills out of the pharmacy since there is strict control on them, he said he was using the goodwill of the fellow doctors. After completing the investigations and obtaining detailed confessions from the doctor, he has been referred to the Public Prosecution Office and the Ministry of Health is being notified of all the details related to the behavior of the Arab pharmacist. 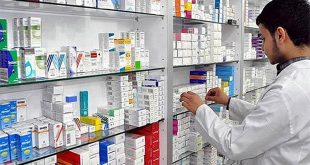 KUWAIT CITY, July 24: Following the announcement made by Ministry of Health to hire pharmacists …