KUWAIT CITY, Dec 3: An unidentified Arab man has been arrested by the police for assaulting his wife, reports Al-Rai daily. The daily added, this happened when the man began assaulting his wife inside the house over family dispute and the latter unable to bear the beating ran out on the street seeking help from neighbors who then called the police. The wife has filed a complaint against the husband and submitted a medical report showing injuries on her body 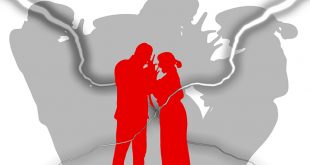