CAIRO, March 4, (KUNA): Arab foreign ministers on Wednesday extolled endeavors made by Kuwait to achieve the Gulf and Arab unity and solidarity. The Kuwaiti efforts were previously led by His Highness the late Amir Sheikh Sabah Al-Ahmad Al-Sabah and were completed by His Highness the Amir Sheikh Nawaf Al-Ahmad Al-Jaber Al-Sabah, said a statement by the foreign ministers council of the Arab League after the regular 155th session held in Cairo.

These endeavors were crowned with the recent Arab reconciliation, it said. The statement pointed out that the outcomes made in this matter would serve the Arab issues, and unify Arab visions and stances to overcome challenges facing the region.

Meanwhile, Qatar’s Deputy Prime Minister and Foreign Minister Sheikh Mohammad bin Abdulrahman Al-Thani reiterated Doha’s appreciation of Kuwait’s mediation efforts to end the Gulf rift. Speaking to foreign ministers at Arab League talks on Wednesday, Sheikh Mohammad hailed these efforts, led by Kuwait’s late Amir Sheikh Sabah Al-Ahmad Al-Jaber Al-Sabah and completed by His Highness the Amir Sheikh Nawaf Al- Ahmad Al-Jaber Al-Sabah. Doha is committed to the Al-Ula statement, struck by leaders at a recent Gulf Summit hosted by Saudi Arabia, marking an end to a crisis that lasted for more than three years, he underlined. This belief stems from the document’s “policy and its firm conviction that constructive dialogue is the way to resolve disputes by peaceful means,” he mentioned.

The Qatari senior official referred to the agreement’s positive impact in “strengthening Gulf and Arab relations and consolidating stability in the region,” expressing hope that it be a “catalyst” towards boosting this cooperation. On other matters, he said that the Palestinian issue remains Qatar’s “top priority,” stressing its firm position in support of the legitimate rights of the Palestinians.

This can only be achieved through a two-state solution, international and UN law along with the Arab Peace Initiative, he said. Regarding the Syrian and Yemeni crises, he renewed Doha’s support for both in finding a political solution, which preserves their unity, security and stability. On Yemen, in particular, he also expressed the need for an end to the state of infighting and confl ict, and for Yemenis to reach national reconciliation. 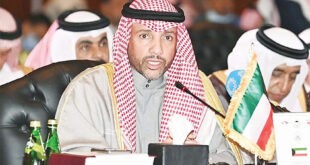 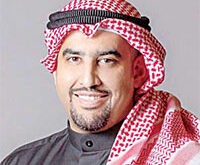 This post has been read 12817 times! PEOPLE of Kuwait lack any basis for economic …