“HEALTH, happiness and prosperity and may God bring it back to the nation of Islam and all humanity security, stability and peace,” columnist Sami Abdul Latif Al-Nisf wrote for Annahar daily.

“We hope that we understand what is meant by fasting as we understand its rituals, so Islam does not mean anger, extravagance, lack of production, destruction of health through overeating, revenge for hunger by excessive eating, and then claiming that the wisdom of fasting is to share the feelings of the hungry and poor.

“And I still do not understand our accountability for those who are ‘not our religion’, and are not fasting but it is imposed on them by punishing them if they break the fast, a ruling that the religion did not bring and the Messenger of mercy did not call for. Will we be satisfied if similar legislations were issued in the West to punish the Muslims if they broke the fast during the Christian fasting days or the fasting of other religions? What is the wisdom of doing what the Prophet (PBUH) did not do, knowing that the even the largest Islamic country in the world Indonesia doesn’t impose fasting on non- Muslims.

“The shops and restaurants remain open like the rest of the days of the year, and their productivity does not decrease or weaken during Ramadan, and Muslims maintain their fast in Western countries and other countries, and do not offend their feelings or make them break their fast by watching others eat in restaurants or any weakness in faith that makes a Muslim like a child – the little one who follows his instincts and does not control himself, so he breaks the fast the moment he sees someone eating .

“At last, why do Muslims not respect the provisions of their religion and the entitlements of their humanity and stop the civil wars raging in their countries in which either brothers in religion or partners in humanity are killed and displaced?” 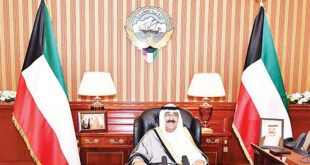 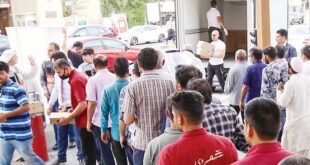 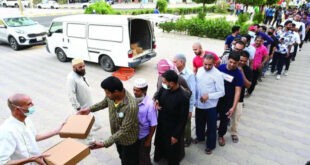 Saturday, is the first day of Ramadan in Kuwait