KUWAIT CITY, Aug 3: Chinese Ambassador to Kuwait Li Minggang affirmed that the successful visit of His Highness the Amir Sheikh Sabah Al-Ahmad to China in July 2018 and the fruitful talks he held with Chinese President Xi Jinping resulted in many decisions being taken in the area of developing relations between the two countries, and resulted in the establishment of a strategic partnership between the two countries which he said was like opening a new chapter in bilateral relations, reports Al-Seyassah daily.

In a speech delivered on the occasion of the 93th anniversary of the founding of the Chinese People’s Liberation Army, the ambassador added over the past two years since the establishment of the strategic partnership between China and Kuwait, bilateral cooperation in various fields has grown in depth with fruitful and satisfactory results.

He pointed out that this year witnessed a strong strategic partnership between China and Kuwait and a mutually beneficial cooperation in our joint struggle against the ‘Corona’ Covid-19 pandemic. “China and Kuwait have stood together steadfastly and demonstrated solidarity and partnership through mutual support in facing the crisis, which is a vivid example of how to pursue our common future,” he said, pointing out that the exchange of messages between President Xi Jinping and HH the Amir of Kuwait Sheikh Sabah spell solidarity and support for each other.

Crucial
He explained that during the crucial moments in China’s battle against the epidemic, Kuwait extended a helping hand and donated medical supplies to China, and in return, China provided the necessary facilities for Kuwait to purchase medical supplies from China.

Moreover, China sent a team of medical experts to assist the Kuwaiti efforts, and invited medical officials and experts in the Kuwaiti Ministry of Health and the Kuwaiti army to attend several video conferences held by the Chinese side and exchange experiences.

He stressed the strong friendship between China and Kuwait, mutual trust and sincere cooperation will mark next year the 50th anniversary of the establishment of diplomatic ties between the two countries. He went on to say, China is ready to make joint efforts with the Kuwaiti side hand in hand to take the strategic partnership relations to a new level that better serve the two countries and peoples, and inject a new impetus for peace and growth in the region and make new contributions to building a common future between China and countries.

He added, he hopes the relations between the two countries and the two armies will grow stronger, and “I hope that the friendship between the people of our two countries will last forever.” He explained that recent years have witnessed a rapidly developing cooperation between the Chinese and Kuwaiti armies, which has become an important part of our bilateral relations. “We sincerely hope that China, Kuwait and our two armies will take into consideration the overall situation of peace and development in a purely defensive nature,” he added. For his part, the Chinese military attaché, Colonel Xiu Xuan, made it clear in his speech that Kuwait is the first Arab Gulf country to establish diplomatic relations with China. “As a new defensive attaché, I will dedicate myself to strengthening our bilateral defense relationship,” he added.

Meanwhile, the head of the National Military Service in the Kuwaiti Army, Major-General Mohammed Ahmed Al-Khidr, expressed appreciation for the successful projects between Kuwait and China with regard to the army and strong cooperation in facing the corona epidemic and regional and international situation, reports Al-Seyassah daily.

Speaking at the China’s Army Day celebrations, he said, “We value the close cooperation between the armies of the two countries through constant ecommunication and in light of the continuing and rapid spread of this epidemic,” and praised the measures and highly effective proactive efforts taken by the Chinese government to confront the pandemic. He went on to say, “We look forward to developing relations with the Chinese army in terms of joint military exercises in various aspects of cooperation and the exchange of experiences and information,” stressing that China will remain a dear friend to Kuwait. Al-Khidr conveyed the greetings and congratulations of the Ministry of Defense leadership on the Chinese Army’s Day. 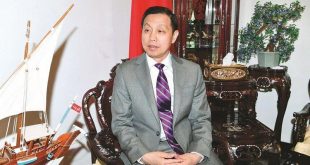 Chinese ambassador all ‘praise’ for HH the Amir 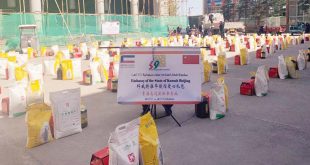 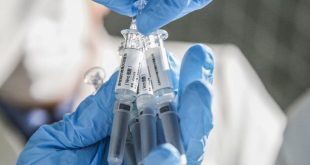