KUWAIT CITY, March 4: According to Head of the Kuwait Farmers Union Abdullah Al-Damak, the agricultural sector, like many state sectors, is suffering due to the repercussions of confronting the COVID-19 crisis, especially the lack of employment, corruption, and the infliction of losses on some farms reaching about KD 50,000 per month, reports Al-Qabas daily. He revealed that the farms are facing an acute shortage of manpower during the current period, which has caused agricultural crops to be severely damaged.

Therefore, he called for “the government to intervene and allow farmers to bring in their workers according to controls set by the health authorities.” There is no doubt about the importance of the role played by the farmers in supporting food security throughout the crisis.

Al-Damak said they “opened the doors of their farms to citizens to take agricultural products for free during the crisis. Most of the farms suffer heavy losses due to exposure to damage and lack of labor and for not carrying out the picking process in a timely manner, as well as the difficulty in distributing them to points of sale and marketing outlets later.

With the decision of the Cabinet to postpone the payment of installments owed by the owners of small and medium enterprises for a year, Al-Damak refers to “the necessity to pay attention to the current suffering of farmers, and to postpone the farmers’ installments with the Kuwait Industrial Bank”. He indicated that, “Small enterprises are related to consumer matters, while farmers are most concerned with providing food security” 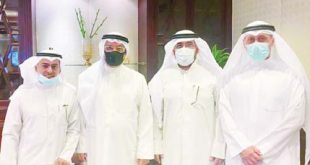 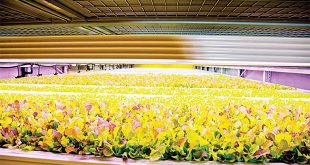 Was working on Farm can I come back to Kuwait on Company visa?

Transfer of Farm Visa to other category for degree holder

I have completed 3 years in Kuwait with mazra’a (farm visa). Can I transfer this …