Al-Shabab SC won the title of His Highness the Crown Prince Sheikh Nawaf Al-Ahmad Al-Jaber Al-Sabah 23rd Karate Championship which came to a close at Kuwait Karate Federation (KKF) on Tuesday. Al-Shabab scored 42 points followed by Al-Yarmouk and Al-Salmiya in the second place with 30 points each. Governor of Hawally Lt-Gen (retired) Sheikh Ahmad Nawaf Al-Ahmad Al-Sabah represented His Highness the Crown Prince at the closing ceremony.

In press remarks following the ceremony, Sheikh Ahmad praised the efforts being made by KKF board members and Chairman Sheikh Khaled Abdullah Al-Sabah to promote the game and set the stage for the successful championship. KKF Secretary-General Emad Behbehani extolled in statements to KUNA His Highness the Crown Prince for his support to the championship and thanked Sheikh Ahmad for his attendance. The championship opened on April 27 with 13 teams taking part in 28 competitions. (KUNA) 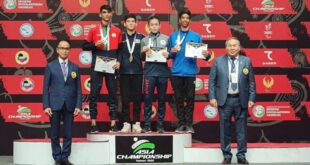 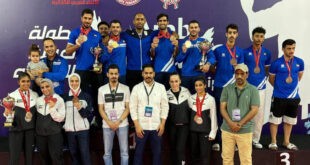 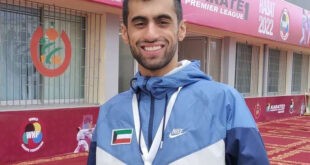 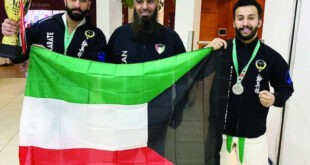 This post has been read 4417 times!Karate players from Yarmouk Sports Club are on a …