Al-Matar, the director, and ruin of university

The status of Kuwait University has dropped to a new low level, while the private universities are doing much better, and they continued to occupy advanced positions, even though they do not enjoy even a tenth of the advantages enjoyed by the Kuwait University, as stated in the last report of the QS Quacquarelli Symonds international ranking for the best universities for the year 2023.

This resulted in an increase in the demand for private university seats, with government support, and an almost complete absence of any oversight over them.

Despite the slight progress of Kuwait University in the QS Quacquarelli Symonds ranking index, for the best universities, it is still in a pathetic state, ranking from 1001-1200.

The question that arises here is: “How the reputation of Kuwait University can improve, when it has failed even in repelling outside interference in its affairs, and the biggest evidence is what happened in the last aptitude test.

As soon as the university finished the test, the head of the educational committee in the National Assembly requested that it be repeated on the pretext that 260,000 students had been affected by the issue.

In fact, the number of students whose abilities were tested on that day did not exceed one hundred, so where did the deputy come with the number of 260,000 students?

The tragedy – the scandal, was that a student was late for an important aptitude test for nearly an hour, so he was not allowed to enter the hall.

This aroused his anger, and the matter came to the intervention of the head of the educational committee in the National Assembly and pressure was put on the university director to repeat the test and it happened despite the university’s laws and the protocols of any educational institution that do not allow anyone to enter the examination hall after a specified time.

The director’s approval to repeat the test, despite the strong objection of the professor concerned, prompted MP Hamad Al-Matar, the head of the committee, to thank him publicly, which embarrassed the director and prompted him to issue a statement refusing the intervention of MP in the university affair. This provoked the educational committee and responded with outrageous attack.

Since many have witnessed the scandalous incident, its impact will reach the international bodies, and the university will inevitably lose more of its academic prestige and reputation and remove all claims of independence.

Professors who were present on that day say that the “academic scandal” and the reversal of the constants happened in front of everyone, and this raises the question of what is happening behind closed doors?

After all this comes someone who talks about the attempt to raise the university’s rating, and almost everyone knows that the main concern of the majority of faculty members is summed up in the summer bonuses.

To save the university from its miserable and deteriorating situation, it is necessary to stop the interference of any party in its work, and the University Council to be immune from these interferences, especially from the head and members of the Education Committee in the National Assembly.

How can someone who barely “writes and reads” hold the highest educational authority in the state interfere in its affairs, and forces it to repeat its exams?

The university also needs to make its decisions transparent and thoughtful, assuming positions in it should be transparent, and based on competence, not interests and appeasements. 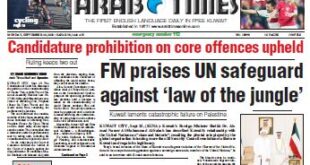 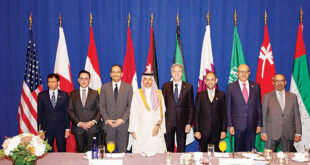 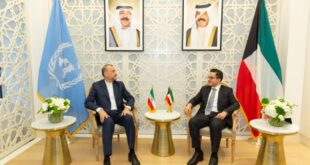 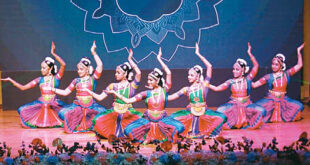 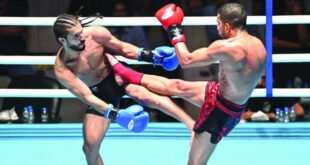 This post has been read 15526 times! KUWAIT CITY, Sep 25: In Kuwait’s first International …