Al Habtoor said, “This is one of the biggest threats to the world. Poverty should not be a problem in the 21st century. Governments have ignored the issue for far too long, so it is left to philanthropists like me to deal with. We are not going to turn a blind eye. Poverty breeds crime, and terrorists are recruiting poor people into their organisations. If we don’t address the issue soon, it will become a much bigger problem.”

Al Habtoor and Lord Ahmed also discussed the rise in anti- Islamic sentiment follow the increased terror threats faced by the world, and in the wake Republican Presidential candidate Donald Trump’s comments calling for a ban on Muslims from entering the US. Lord Ahmed, a prominent Muslim in the UK who became the country’s first Muslim peer, is involved in many political activities that relate to the Muslim community in the UK and abroad.

About Al Habtoor Group The Al Habtoor Group is a UAE-based conglomerate. While best known for construction, it is globally recognised through its involvement in the hotel, automotive, real estate, education and publishing sectors. 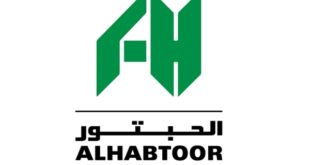