‘Kuwait Airways has no intention to take such steps’

The minister added in a press statement today that ending the services of appointing an employee, a pilot, or a flight engineer in Kuwait Airways is not of her specialty.

She expressed her displeasure over publishing false information deliberately or accidentally, calling for more accuracy in publishing such information that would result in the job instability and set obstacles to the performance of the company and its employees.

Meanwhile, the Kuwait Airways Board Chairman Yousef Al-Jassem assured that Minister Al-Aqeel did not appoint or end the services of any employee, pilot or engineer of those working in the company, adding that this is “only the responsibility of the company’s board of directors and executive administration”.

He added in a press statement issue by the company, “Kuwait Airways has no intention to take any steps regarding the ending of services of any of its pilots, engineers or employees, stressing of the company’s and board of directors keenness in keeping its employees at their various posts”.

The company deals with its employees according to the regulations and procedures approved by the board of directors that stresses on the importance of job stability to all of its employees, especially the national cadres who contribute in serving their country and the company’s targets. Al-Jassem called on everyone to be more accurate and subjective in publishing any information related to Kuwait Airways, to support our national carrier’s progress and prosperity. 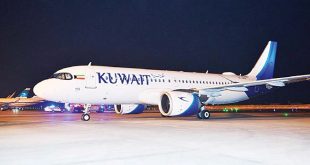