Air France to go ahead with job cuts

PARIS, Oct 18, (AFP): Air France will go ahead and cut hundreds of jobs as planned next year under the first part of a restructuring plan that triggered violent protests, the chief executive of Air France-KLM said Sunday. The remaining cuts planned for 2017 can still be avoided if negotiations with unions are successful before the start of next year, Alexandre de Juniac said in a joint interview with RTL radio, LCI television and the Le Figaro daily. The struggling airline’s restructuring plan — unveiled on Oct 5 after pilots rejected a proposal to work longer hours — made headlines around the world when executives were manhandled by furious workers. Human resources manager Xavier Broseta had his shirt ripped off as he clambered over barriers to escape, helped by security guards, while another executive had his shirt and jacket torn in the scrum.

Air France plans to cut 2,900 jobs over 2016 and 2017, and in the interview, De Juniac said that next year’s portion of the restructuring plan was already underway. He remained evasive about the exact number of job cuts next year — which will mainly involve voluntary departures — saying they would represent “less than a third of the total” of the planned 2,900 layoffs. Asked whether this would represent nearly 1,000 posts, he responded: “Less than that.” “If negotiations are successful by the beginning of next year, we can avoid implementing 2017’s plan B. “The events on October 5 upset a lot of people … and highlighted the need to negotiate.” Unions reacted in anger at the announcement. Miguel Fortea of the CGT said unions were not being respected. “It makes you wonder whether you’ve got to go to RTL (radio) to talk with De Juniac,” he said.

Accused
Christophe Malloggi of the FO union accused the group CEO of pursuing “his roadmap without even bothering to analyse what happened on the 5th.” “Eluding problems doesn’t make them disappear. “The workload is already too heavy, in many services, with the current workforce,” he said.

The Oct 5 violence — in which seven people were hurt, including a security guard who was knocked unconscious — earned a sharp rebuke from President Francois Hollande, who said it could harm the country’s image. “Social dialogue matters, and when it’s interrupted by violence and disputes take on an unacceptable form, it can have consequences for the image and attractiveness” of the country, he said a day after the incident.

De Juniac said the chaotic scenes had harmed the airline’s image as well. “What we saw was destructive,” he said. “It’s unimaginable that the whole world now assimilates Air France with these images.” Five employees at the airline — which merged with Dutch national carrier KLM in 2004 — were detained and will face trial on Dec 2 for their alleged role in the violence. De Juniac said the company had launched 18 disciplinary procedures, which could lead to layoffs or other sanctions. He also called on the government to help out as Air France tries to save 1.8 billion euros ($2 billion) over two years, as competition with global rivals intensifies. “It would be good if we could make 200 million euros in savings on social security contributions,” he said. Taxes and social security charges paid by companies in France are notoriously high, and have been blamed on a loss of competitivity 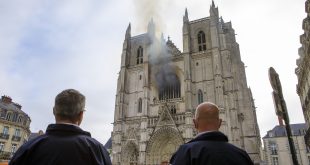 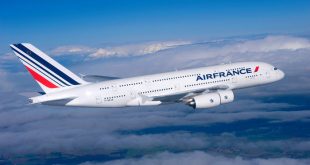 All eyes on Macron, Paris counts riot cost A man with a sign reading ‘Macron …