KUWAIT CITY, Sept 20: “Acting is not just a fun hobby or a profession to earn money, it is a constant passion, and a great ambition that you work to achieve,” says Hadiya Badr. This is a comprehensive and brief summary of the words of the young actress Badr, who revealed the secret of her relationship with art and her quest to reach the fullest extent, “not for the sake of fame, but in order to fulfill my dreams,” she said.

In an interview with the Al-Rai daily she said there is a great artistic energy within her and that only a small part has exploded, noting that she does not like to walk in the dramatic event based on her ‘mood’ itself, but rather she loves to navigate the psychological states of the personality that is assigned to it, which expresses the contradictory feelings within themselves, such as sadness and joy, calm and anger, and other situations. It also came up with the role of ‘eternity’, which she embodied in the series ‘Bait Bayut’, a girl who lives in the confines of a simple family, and has a principle in life, but she deviates from it, for several reasons.

The series ‘Bait Bayut’ is written by Abdul Mohsen Al-Roudhan and directed by Sultan Khusrawa. It discusses purely social issues, such as greed, family conflict, and other thorny problems in the Gulf society. Meanwhile, Director and producer Hassan Sarab praised the efforts exerted by the artistes and positive cooperation to complete the new Kuwaiti cinematic work ‘Minon and Al-Mankhoulia’, reports Al- Rai daily.

The director said it will be shown in cinemas at the beginning of the fifth stage of the return of life to normalcy which was disrupted by the Covid-19 pandemic. Sarab said in a press statement filming has been completed and described it as the first Kuwaiti film to be completed after Kuwait ended the curfew period amid precautionary measures taken by the country. He added, “We had started filming in January 2020, and following the outbreak of the emerging corona virus work had to be put on hold although we had completed nearly three quarters of the film.

We complied with the official orders in the midst of precautionary measures, including the total ban imposed on the country in some places. With the return of life, the response of the team of artistes and technicians was to complete the filming of the remaining scenes in Kuwait and Beirut. Sarab praised the great support he received from all official bodies, “especially the ministries of Interior, Health, Information, and the rest of the official and private sectors, which facilitated the task of completing this work.” Sarab pointed out that the film is written by Adel Al-Zahid, starring Abdel-Imam Abdullah, Samir Al-Qallaf, Tunisian Sarara, Hassan Ashraf, Jamal Hijazi, Muhammad Ashkanani, Lulu Abdullah and others, and the artist Bassam Dajdal, helped direct.

Share
Previous 50% Drop in sales of school supplies and stationery
Next Security authorities looking for those involved in bye-election, says ministry 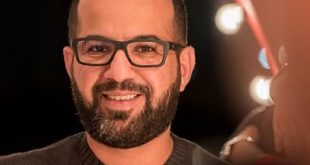