A knight without a horse

Engineer Ali Al-Youha is considered the best director of the National Council for Culture, Arts and Literature, and has made tangible contributions that will remain for long  throughout the entire artistic, cultural and literary movement.

Most people who have a relationship with the Council have praised the performance of the man, thanked him and commended him for his cultural contribution to his country with all sincerity and safety.

It is enough to know that he has never made use of this vital position for personal ends or make illegal wealth. He could have remained in his office for more time to complete his march; however, the pressure of the backward forces hastened his departure. He was a scapegoat of the faltering march for the Minister of Information.

Al-Youha is known for his keenness to complete the march of his predecessors, especially the march begun by Sulaiman Al-Askari and Mohammed Al-Rumaihi, who have left behind their mark and their programs. He added something from his side, being an engineer by profession, which reflected his great interest in heritage buildings, but his efforts were not often welcomed by his superiors.

Al-Youha had tried hard to restore the palace of Abdullah Al-Jaber, or the Diwan of Sheikh Khazaal, in addition to his palace opposite his house or what is known as Beit Al-Ghanem. The money allocated for the restoration of the two large monuments was not enough. It seems that there are parties that do not want the name of Sheikh Khazaal to be remembered, or to be part of the history of Kuwait.

Al-Youha received his Master’s degree in civil engineering in 1984. He is a licensed translator from Russian to Arabic. At the beginning of his life, he worked as an engineer and supervisor in the Kuwaiti Municipality. He continued there for a period of time until 1996 before moving to work as director of architectural affairs in the National Council in 2011, and then the secretary general of the council at the level of Undersecretary of the Ministry.

Due to his enthusiasm and broad expertise and honesty, there is no one better than him to assume the duties of chairing the committee to remove the encroachments on State property, which was orphaned after the death of the honorable man Muhammad Al-Bader, or assigning him to a position worthy of his reputation, experience and education. It is bad that we do not benefit from the man’s abilities and experience.

We take this opportunity to welcome brother Kamel Al-Abed Al-Jalil, Director of the National Library, and Acting Secretary-General of the National Council for Culture, Arts and Letters, and we hope he would be the undersecretary and complete the march of his predecessors.

In a Ramadan series, Suad Al-Abdullah, in a scene, visits her father’s grave in a cemetery followed by a visit to her mother’s grave in another cemetery, across the street. But the Kuwait Television cut the scene of the visit to the mother’s grave, stabbing the truth and national unity. The scene  of the second visit was cut off because the mother is Shiite. The Saudi television presented the whole scene. What a stupidity and fear from our side and intelligence and appreciation for the Saudi TV. 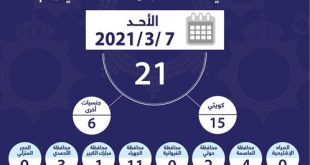 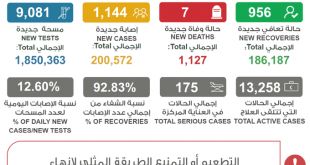 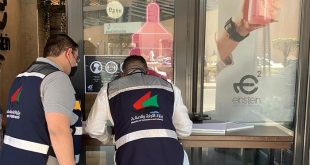 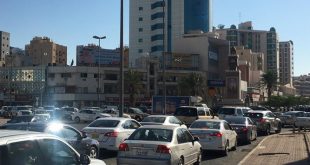 Some shops close early to implement the curfew law

KUWAIT CITY, March 7: Many restaurants, stores and shops have started shutting an hour before …