KUWAIT CITY, Jan 24: VIVA, Kuwait’s fastestgrowing and most developed telecom operator, announced its financial results at the end of the 2015, with net profits of KD 43 million, a 6 percent increase compared to 2014. Dr Mahmoud Ahmad Abdul Rahman, VIVA’s Chairman, commenting on the financial results: “VIVA reached in 2015 the best financial and operational results and achieved a level of growth and success that foster its position as leader Telecom Company in Kuwait and the region, due to plans, strategies, services and creative offers that meet deeply the market’s needs and the customers’ expectations.”

“VIVA was able to generate KD 43 million in net profit (earnings per share of 86 fils) in 2015 compared to KD 40 million (earning per share 81 fils) in 2014. These results reveal the solid performance of the company’s revenues and operations through the continued upward trend of fi nancial and operational indicators. This reflected positively on shareholder equity which reached KD 93 million, also the Company’s board of directors recommended not to distribute any dividends for the fiscal year ended Dec 31, 2015, this recommendation is subject to the approval of the shareholders at the annual general assembly and the specialized regulating authority.”

Dr Abdul Rahman added. Eng Salman Bin Abdul Aziz Al- Badran, VIVA’s Chief Executive Offi cer stated: “VIVA was able to accomplish this growth in an extremely competitive telecom market in Kuwait. VIVA was able to maintain its position as the second largest telecom operator in the Kuwaiti market in term of subscribers and revenues, which positively affected the company’s financial performance, expanded our market share while increasing our customer base by 2 percent to reach 2.5 million subscribers in 2015.

Total revenues reached KD 277 million, representing a strong growth of 16 percent compared to the same period last year,” added Al-Badran. “VIVA continues to build on past successes and look forward to benefi ting from the best new technologies to provide our clients with advanced innovative services while achieving further growth and accomplishments. We are proud to be the first leading telecom company to launch the Voice Over Long Term Evolution (VoLTE) in partnership with Huawei for the first time in Kuwait and the Middle East.

This is in addition to VIVA’s commercial presence across Kuwait, which was expanded to 70 branches, enabling us to be closer to our customers and to meet the growing demand for our products and services. Our achievements were also recognized in the second half of the current year as shown by our winning of several awards for excellence in the Kuwaiti telecom sector, including “Best Industry Call Center” and “Best Medium Help Desk” from Insights — Middle East Call Center Awards 2015, the only Call Centre dedicated, Professional Services Organization in the Middle East,” continued Al-Badran.

“We are optimistic in the role played by the Communication and Information Technology Regulatory Authority in Kuwait that will have a positive impact on the development of the telecom sector and create a fair regulatory environment for all local telecom companies””, concluded AL-Badran. Abdulaziz Abdullah Al Qatie, VIVA’s Chief Financial Offi cer said: “VIVA’s performance continued to be steady and strong which enhanced the company’s main fi – nancial indicators, and increased its customer base. This has positively affected free cash flow, which has reached KD 32 million in 2015, reflecting a growth of 67 percent, compared to 2014.” 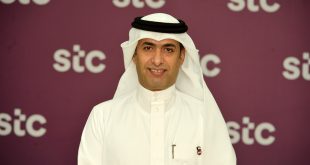 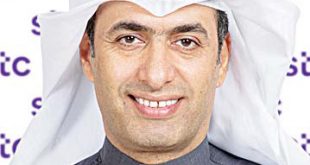