Lack of liquidity among reasons for low coverage

Kuwait Financial Centre “Markaz” published a blog post titled “Reasons for poor Analyst Coverage in Kuwait”. In this post, Markaz examines and analyzes the stocks listed in Kuwait and the research coverage they receive and compare it with other GCC countries such as KSA, UAE and Qatar and cites reasons for low coverage in Kuwait.

Compared to all other stock exchanges in the GCC, the number of large-and mid-cap stocks is much lower in Kuwait, than in peer countries, whereas the number of small-cap stocks is almost 92 percent of the market. In terms of analyst coverage (as a percentage of all stocks in the exchange), Kuwait is the lowest at 8.1 percent, while Saudi is the highest at close to 50 percent. Looking at the capwise analyst coverage, other than Qatar (64 percent), all other GCC nations have over 90 percent analyst coverage for large-cap stocks, due to the popularity of these stocks among the investors and the relatively higher amount of research and information available in the public domain.

BUY and HOLD recommendations dominate the GCC markets, with over 90 percent recommendations for Kuwait, Saudi and the UAE, while for Qatar it is 81 percent. SELL recommendations are the least popular in the region. The reasons for poor analyst coverage. Markets driven by retail investors Over 45 percent of the value traded in Kuwait, across the years, is attributed to retail investors. Companies and funds, which are the major consumers of research, together accounted for around 30 percent, on average, since 2009. This figure is over 85 percent for Saudi Arabia, 73 percent for Dubai and 47 percent for Qatar.

Investments based on sentiments and speculation GCC markets are top-heavy, and investments are restricted mostly in the large- and mid-cap space. These investments are driven primarily by sentiments and speculation. Trading volumes are driven mostly by word-ofmouth information. Lack of Liquidity in the mid-cap and small-cap space Lack of liquidity, especially in the mid-cap and small-cap space, and general lack of investor interest has led to lower research offerings in this segment.

The draining liquidity and the top heavy nature of the Kuwait bourse has led to dwindling analyst interest in the mid-cap and small-cap segment. Lack of new listings in the domestic market and landmark events in other regional indices has also contributed to lower liquidity in Kuwaiti bourse. Stock turnover ratio has been on a declining trend and stood at 22 percent in Kuwait Stock Exchange as against GCC average of 76 percent.

Information disclosure and time taken Kuwait companies lag in timely disclosures compared to their regional peers, and the time taken for compliance is a lot more lenient. This can be seen in regular filings of financial results, where Kuwait lags behind the rest of the GCC. Delays in acquiring timesensitive information and minimal public disclosures discourage analysts from following companies.

What should be done to increase analyst coverage? Kuwait is behind the curve compared to other GCC countries in improving capital market efficiencies. Despite being the oldest stock exchange with the maximum number of listed stocks, the market lacks the required breadth and depth due to the concentration of stocks to a limited number of sectors.

Increasing the depth would encourage research activities. Steps should be taken for Kuwait to represent the MSCI EM Index similar to UAE and Qatar. The first step to achieve that would be encouraging foreign investors to invest in the market. The fact that the market is dominated by retail participants disincentives the needs for research. Steps should be taken to encourage domestic institutional investors who have a longer term investment horizon to invest in the stock market which would also bring in the much need liquidity.

Regulatory bodies should look at enforcing corporate governance codes to improve quality of disclosures. It should also encourage companies to engage with the analysts on a regular basis to ensure maximum information sharing. Information and data on listed companies should be timely available either through a separate website or through the existing system. Cross-listing stocks on other regional exchanges where there is more analysts coverage could aid in spurring research in Kuwait. 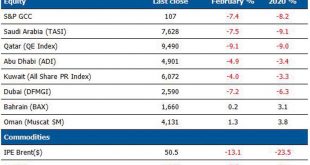