KUWAIT CITY, Nov 6: The Court of Appeals overturned the ruling of the Criminal Court, which sentenced a brigadier general in the Defense Ministry to seven years in prison and ordered his dismissal for forging official documents and facilitating the embezzlement of public money, reports Al- Seyassah daily.

Attorney Saud Al-Hadba, lawyer for the accused, pointed out the absence of criminal intent and incriminating evidence when he pleaded on behalf of his client at the court. He said his client exhibits exemplary behavior at work and strictly complies with the law. The Appeals Court responded positively to the plea of Al- Hadba and decided to impose KD3,000 fine on the defendant, while the prison sentence and job dismissal were cancelled.

Share
Previous Call to increase monthly pension for ‘retirees’ to KD 1,000
Next 14 co-ops under probe for cutting supply, increasing ‘price’ of eggs 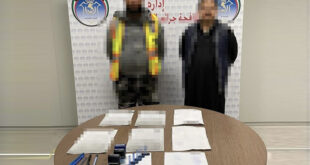