KUWAIT CITY, Feb 8:The security department raided fake maids’ offices who were specialized in inciting maids to flee from their sponsors in exchange for giving them double the salary then what they are receiving.

It was found that this gang of fake maids office was supplying maids to licensed maids’ offices so that those offices distributed the maids to other employers provided that licensed offices paid the fake office in advance.
Seven Nepalis running this fake maids office were arrested along with a number of maids and representatives of a number of licensed maids’ offices, reports Al Anba. An investigation has been opened and the statement of detainees has been recorded. 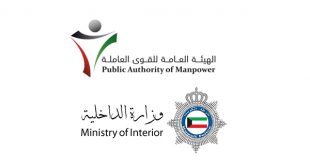 KUWAIT CITY, Oct 1: The Ministry of Interior (MoI) has finally found a way to …