KUWAIT CITY, Apr 30: A ministerial source had warned against unauthorized news source websites which has been created for political and commercial advertisement purposes which has challenged the government and its ministers.

The Ministry of Information will not fail to confront it revealing that it has referred about 40 licensed websites to the Public Prosecution so far since the beginning of the coronavirus crisis broadcasting untrue news and breaking the law.

The source said anything that disturbs people’s confidence in the government, the state, or civil society, or represents abuse to a party, state, community, or community, will be answered by the same behavior and firmness.

The government works as a team and there are those who have interests and there are some in Kuwait and some of them from abroad operating the websites. The government is homogeneous and this crisis has united all the ministers together and they are in an unprecedented state of solidarity. 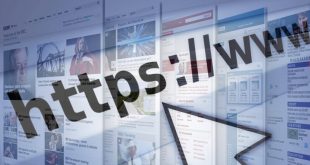 KUWAIT CITY May 13: A Kuwaiti who was looking to ‘inflate’ his muscles fell into …