KUWAIT CITY, March 5: About 242,000 citizens and expatriates traveled during the national holidays; thereby, reviving the money exchange market in the country; considering the remarkable increase in remittances and currency exchange for spending abroad, reports Al-Anba daily. In separate statements to the daily, a number of money changers confirmed that the market is witnessing a great recovery; considering the high demand among citizens and expatriates who purchased different currencies.

The Turkish Lira still constitutes more than 50 percent of the total transactions in the exchange market, especially since Turkey continues to be on top of the most preferred destinations for travelers from Kuwait. Money changer Habibullah Nazat said the pace of work in the exchange market has been good. He confirmed that the Turkish Lira controls 50 percent of the total currencies being purchased and sold in the sector.

He explained that changes in the value of the Turkish Lira contribute to increasing the demand for it as a type of investment. Another money changer who introduced himself as Muslim disclosed the most in demand currencies now include the Turkish Lira, US Dollar, Euro, British Pound and Emirati Dirham. He revealed the Turkish Lira is witnessing the highest demand among market leaders. This year’s demand for Turkish Lira has been the highest so far as Turkey is the most preferred destination among travelers from Kuwait, while the exchange rate of the Lira makes the cost of the trip lower for citizens and expatriates, he added. 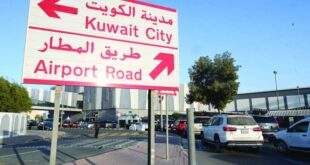