KUWAIT CITY, Dec 19:Investigations conducted with an unidentified general trading and contracting company confirmed the company officials received about $5,000 in exchange for bringing expatriates from their countries and leaving them on the street to fend for themselves without providing them jobs, reports Al-Anba daily quoting a security source.

The Criminal Investigation Department is preparing to refer officials of that company to the Kuwaiti judiciary after accusing the company of human trafficking as a prelude to starting legal procedures against them.

A security source said Public Authority for Manpower (PAM) following the death of an Egyptian expatriate who jumped to his death from the tenth floor of a workers’ residence in the Ahmadi Governorate, opened an investigation into the fall and summoned a number of the friends of the deceased, and to its surprise PAM officials discovered each one of them had paid between 1,500 to 1,700 dinars in exchange for jobs in Kuwait but were left alone to look for ‘loose’ jobs. The source added the Criminal Investigation Department was notified by PAM to complete investigations with the workers and officers confirmed that they were lured from their homeland by contracts, which they later discovered were a fake. 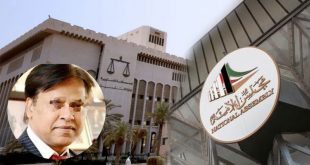 KUWAIT CITY, Aug 30: The Public Prosecution continues its investigations in the case of the …