KUWAIT CITY, Sept 13: Around 150 messengers, particularly those assigned in Farwaniya Educational District, have not received their salaries since March, reports Al-Anba daily quoting informed sources who revealed the messengers are given promises that their salaries would be paid every month but no such action has been taken till date.

Sources pointed out that despite the non-payment of salaries and financial rights, the messengers continue to work diligently.  They called on Ministry of Education Undersecretary Faisal Maqsid to quickly intervene in order to end the suffering of these messengers.

Share
Previous Leaders made history … amid strength, illusion of weakness
Next Woman ‘born in Kuwait’ sentenced for theft in UK 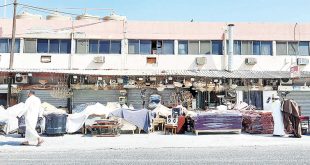