According to a press statement issued by Ministry of Interior, the arrested individuals included eight who were wanted by law, one reported as absconding, one without his civil ID, one involved in a theft case and one involved in a criminal case.

The Public Security Sector affirmed that such campaigns will be held in all parts of the country for the protection of the lives and properties of the people of Kuwait. It urged all Kuwaiti citizens and expatriates to cooperate with securitymen for the sake of their safety and security.

Officers attacked: An officer of rank “Captain” at Nugra Police Station and his colleague of rank “First Lieutenant” accused a Kuwaiti woman of insulting them and pushing the “First Lieutenant” officer inside the police station after she went there to stand as a witness to an incident, says Al-Seyassah. According to security sources, the Kuwaiti woman went to the police station to present her testimony over an incident that broke out between two parties. When she was told that she would have to come to the police station whenever she is required to give her account, she became infuriated and insulted the officer. When another officer tried to intervene to settle the issue, she pushed him on his shoulder and also insulted him. A case of insulting officers on duty was filed against her.

Kidnap bid foiled: Police are looking for an unidentified person for attempting to kidnap a minor Syrian girl, reports Al-Anba daily. A police source said the incident happened in Khaitan. He added, the father told police the person caught his 15-year-old daughter from behind and placed one hand on her mouth to prevent her from screaming, beat her and escaped when she wrestled his hand and shouted for help. 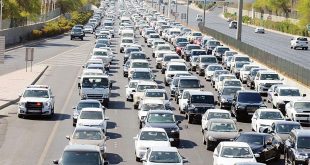 Beware of traffic jam on Sunday 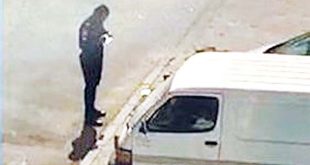 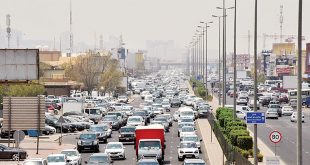 KUWAIT CITY, Aug 23: The General Traffic Department law does not specify how many cars …