One US Marine died and five were missing Thursday after two American military aircraft crashed during a refuelling operation off the coast of Japan, officials said. Japanese and US military officials earlier said two of the seven crew of the planes had been found. “One is in fair condition and the other has been declared deceased by competent medical personnel,” the US Marine Corps said late Thursday.

“US military and the Japanese Self-Defense planes and vessels are searching for those still missing … I hope all the members will be rescued safely as soon as possible,” Japanese Defence Minister Takeshi Iwaya said. The search would continue through the night, Kyodo news agency reported. The Marines were conducting “regularly scheduled training” when the crash occurred around 2:00 am local time, the 3rd Marine Expeditionary Force said in a statement.

The F/A-18 fighter jet with two crew onboard and a KC- 130 refuelling tanker with five crew crashed into the sea around 100 kms (55 nautical miles) off the cape of Muroto in southwestern Japan, Iwaya said. The crew member rescued had been in the fighter jet, the minister confirmed. Japan’s SDF had deployed nine aircraft and three vessels for the search, he said. “We are thankful for the Japan Maritime Self-Defense Force’s efforts as they immediately responded in the search and rescue operation,” the Marines said. (AFP) 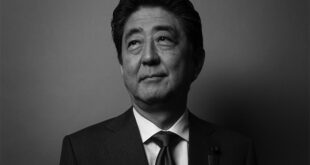