KUWAIT CITY, June 11: The suspension on TV presenter Amal Al-Awadhi was issued after she was given repeated warnings during the month of Ramadan to follow instructions, reports Al-Nahar daily quoting informed sources from Kuwait TV (KTV) channel.

They explained that the real reason behind her suspension was that she did not abide by the relevant instructions, which led the General Supervisor of the program Talal Al-Haifito send warnings to her. She had provoked negative reactions during the last few episodes of the show, which led the management of KTV channel to suspend her from the show. She will be replaced by the presenter Mohammad Lewis.

Meanwhile, Al-Awadhi posted details on her account about her expulsion from the contest show “Lamsat Fouz”, which is being broadcasted on KTV channel, after presenting 24 episodes, revealing that the producers told her she was expelled from the show without giving any clarification. She posted a video on her SnapChat account, explaining that just two minutes before the end of an episode, she was told by someone that she need not come for presenting the show again but no reason was given.

Al-Awadhi affirmed her keenness to abide by the standards and regulations imposed by KTV channel. She asked Ministry of Information to issue statement in this regard and reveal the real reasons behind her suspension. Kuwaiti singer Nabeel Shuail, also known as “Singer of the Gulf”, with the cooperation of composer Fahad Al- Nasser, presented a gift to the Saudi football team after the latter qualified for the World Cup, reports Al-Anba daily.

The gift is a song titled “The Kuwaiti is Saudi”, which received high number of positive reactions especially on social media just few minutes after it was released. The composer Fahad Al-Nasser said this simple gift is aimed to support and encourage the Saudi team, which will represent the Gulf, Arab and Islamic countries in the World Cup. 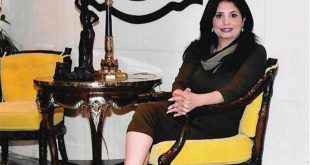 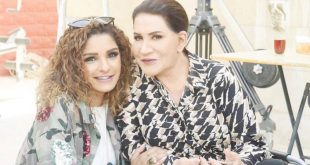 ‘You are not beautiful’ – Newscaster sacked

KUWAIT CITY, May 27: Ministry of Information has suspended a female newscaster for telling her …