KUWAIT CITY, April 28: About 120,000 expatriates are believed to be staying in the country illegally and according to the Ministry of Interior, efforts are underway to reduce their numbers, reports Al-Anba daily.

The Interior Ministry said some of the violators have failed to renew their residence permits for various reasons while others who came on visit visas have not left the country.

However, the ministry added, efforts are underway to arrest them through security campaigns and other methods.

The ministry source pointed out that the Department of deportation will not receive violators under Article 18 whose residence expired but after 3 months of registering their violations in the computer. As for violators under Article 20 (domestic labor), the Department of deportation will receive them after days of registration of absence with the possibility of the sponsor and Domestic worker reach a settlement in accordance with established procedures.

The source said that the administrative deportation department has deported 620 expatriates, including 18 women over the past few days. The source added, the capacity of the Deportation Center is 800 people for both sexes.

Share on:
WhatsApp
Share
Previous ‘Hospitality’ case – Brigadier ready to pay KD 10 million for his release
Next Playing safe in front of wife or duplicate key? 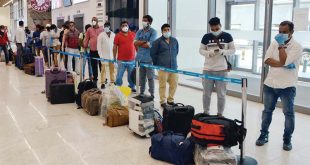 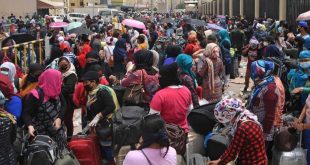 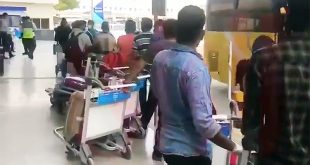