Equal number of Kuwaitis and expats expected after 5 years

KUWAIT CITY, July 1: “For decades, Kuwait has been a popular destination for expatriate workers, especially oil and gas professionals but job security seems to be disappearing for the time being”, said a British website that specializes in tracking migrant workers around the world, reports Al- Anba daily.

Emigrate.co.uk said it rarely takes a day without the local media affirming coverage of new measures to reduce the population of expatriates in Kuwait, which for decades, has been a major destination for expatriate professionals and specialists.

The latest statement by some members of the Kuwaiti National Assembly calling for the deportation of a million foreign workers over the next 5 to 10 years is the latest in a series of similar parliamentary demands.

The issue of expatriate workers in Kuwait has long been controversial, because it is based on an impractical belief that Kuwaiti citizens will be able to take up jobs that will become vacant after the disposal of foreign workers. There are two problems that refute this belief. Firstly, jobs left vacant by lower-skilled workers are considered humiliating for citizens who feel are beyond that level to take.

The second problem is that new Kuwaiti graduates are ready to take on jobs that were occupied by experienced foreign professionals, which is simply impractical. The term “high experience” often includes all sectors.

Reports on the subject are based on news of the departure of 30,000 expatriates from Kuwait in 2016. It should be noted that the vast majority are low wage earners or unskilled workers referred to as “marginal employees”, and it is unlikely to see unemployed Kuwaitis competing for the modest jobs those expatriates were doing. “Expatriate professionals in Kuwait who may be looking for a long-term dream based on financial benefits should now reflect on their future if their passports are stamped for deportation for whatever reason. The call of five National Assembly members last December to ensure demographic balance between expatriates and Kuwaitis over the next five years should be a warning to potential expatriates looking to work in Kuwait or other Gulf states,” the website said.

Report concluded that recent estimations in the local Arab media indicate that the number of Kuwaitis five years from now will reach about 1.6 million people, which means that the maximum number of expatriate workers to be allowed is 1.6 million.

Unfortunately, the expected number, including domestic workers, construction workers and children of Kuwaiti women married to foreigners, is likely to reach 2.3 million. 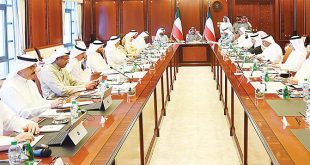 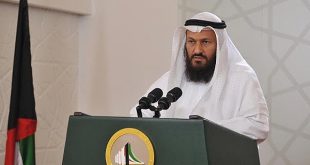