KUWAIT CITY, Dec 20: The Public Prosecution released the owner of ‘Zajran’ account on the social networking site Snapchat on KD1,000 bail after investigating him in a State security case. Last week, the prosecution called for the extension of the detention of the accused to investigate him thoroughly about the State security case filed against him for spreading false news that could threaten national security. By Jaber Al-Hamoud Al-Seyassah Staff 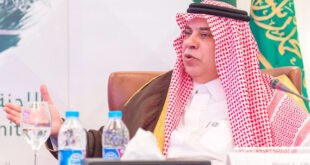 This post has been read 8587 times! KUWAIT CITY, Jan 9: The Government Spokesman, Tariq …