KUWAIT CITY, April 11: A 22-year-old Kuwaiti was stabbed to death by his friend in front of a farmhouse in the suburb of Kabad. The victim was allegedly stabbed in the chest. According to a security source, when the Operations Room of the Ministry of Interior received a report on the incident police and paramedics rushed to the spot and found the victim lying in a pool of blood inside his car.

The securitymen and personnel from the Emergency Medical Services affiliated to the Ministry of Health rushed the victim to a hospital but before reaching the hospital he succumbed to the stab wound. Without going into more details, the suspect, whose identity has not been disclosed and believed to be a bedoun, has surrendered to the police and confessed to committing the crime. The corpse of the victim has been referred to Forensics. 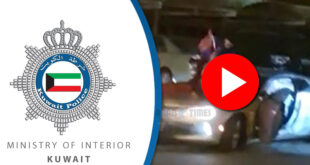