BEIJING, June 21, (Agencies): China on Monday “rejected anew recurring US charges” that the novel coronavirus had leaked from a Chinese laboratory before mushrooming worldwide. Tracking down the virus is strictly a scientific matter, said Foreign Ministry Spokesperson Zhao Lijian in a press briefing, reacting to a statement by the US National Security Adviser Jake Sullivan, on Sunday. Sullivan reportedly warned Beijing that it would face international isolation if it “fails” to conduct a genuine investigation” on its territories to pin point source of the virus. In reaction, the spokesman of the Chinese Foreign Ministry labelled Sullivan’s remarks “as blackmail and a threat to China,” urging Washington to stop “politicizing the issue of the coronavirus to tarnish China’s image.” China has taken an open and transparent approach with respect of investigating source of the virus, he said, adding that Beijing has been coordinating closely with the World Health Organization (WHO) in this regard. The US has repeatedly said that the virus leaked from a laboratory from Wuhan, a province in central China, where the killer germ had hit it hard with heavy casualties before the Chinese made a game changer with a series of strict precautions that contained the germ outbreak.

Kuwait Ministry of Health said on Monday seven persons died due to infection with the novel coronavirus (COVID-19) while 1,935 others tested positive for the virus in the past 24 hours. Ministry spokesman Dr. Abdullah Al-Sanad said, in a statement to KUNA, that the total count of infections reached 340,967 and the death toll settled at 1,877, including the newly listed seven fatalities. He added in his remarks to KUNA that the medical authorities listed 1,408 fresh recovery cases, during the same duration, with the tally of the patients pronounced as cured amounting to 321,293, also noting that the proportion of the cured of the whole cases stood at 94.23 percent. Number of patients receiving treatment at intensive care units reached 227 and the whole figure of the confirmed infection cases that continued to be subject to medical treatment amounted to 17,797 The spokesman said 13,536 PCR swab tests were conducted in the past 24 hours to reach a total of 2,851,002. He added infection-to-swab ratio was 14.30 percent. Al-Sanad called on the public to maintain social distancing and wear masks, as well as follow instructions from the official sources.

The Kuwaiti Ministry of Health declared on Monday receiving the first consignment of anti-covid vaccines from Pfizer platform via the Global Alliance for Vaccines and Immunization (Gavi). Dr. Abdullah Al-Badr, the health assistant undersecretary for pharmaceutical affairs and medical equipment, said in a statement to KUNA that the shipment was the first to be taken by Kuwait through Gavi. Coordination is underway to take delivery of vaccines from other platforms via Gavi soon, he said, indicating that the supplies would be shipped to Kuwait in line with contracts worked out by the MoH. The shipment handover is part of continuous efforts to speed up momentum of vaccinations against COVID-19 and to back up the ministry action for securing the vaccines and reach the aspired objectives of the national immunization campaign. The Ministry of Health meanwhile has obtained approval from the Central Agency for Public Tenders (CAPT) to sign a contract with Janssen Pharmaceuticals to procure 200,000 doses of the Johnson & Johnson vaccine against coronavirus, reports Al-Qabas daily quoting sources 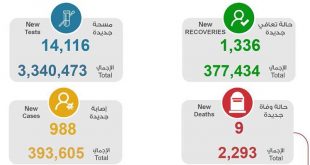 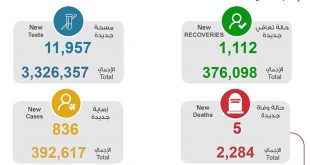