KUWAIT CITY, May 11: Chairman of Arab Parliamentary Scout Union (APSU) MP Abdullah Al-Turaiji has confirmed the unanimous approval of the request of Yemen to join the Gulf Cooperation Council (GCC) during the meeting of the chairpersons of APSU delegations on the sidelines of the ongoing forum of the union. Al-Turaiji said the request will be referred to the GCC Secretariat General to take a decision in this regard. He also unveiled his plan to contact GCC Secretary General Naif Al-Hajraf to expedite the issuance of the decision.

He disclosed the following decisions were also taken during the meeting: · Hold the next APSU forum online — it is supposed to be held in Lebanon, but the current situation there makes it difficult to hold a face-to-face forum; · Approval of scout camps and projects scheduled for fiscal 2022/2023, most of which are for the youths; · Specify the date for the marine scout competition under the name of the late National Assembly Speaker Jassem Al-Kharafi; ·

Approval of the budget of APSU for fiscal 2022 /2023. According to Al-Turaiji, the Higher Council of APSU Fund addressed the financial violations that accumulated in recent years during its meeting. He affirmed the representatives of Saudi Arabia — the current chair of the council — have been tasked to take the necessary measures to protect the rights of the fund.

On the other hand, Palestinian Scout Society Chairman Jebreel Al-Rajoub praised Kuwait for generously hosting the forum, as well as National Assembly Speaker Marzouq Al- Ghanim for his unwavering support for the Palestinian cause. He said Kuwait’s commitment to serve as the headquarters of APSU proves that its political leadership is keen on supporting the Arab youths who greatly contribute to the ongoing efforts to ensure a brighter future for the region. Qatar Scout Society Chairman Dr Ibrahim Al-Nuaimi affirmed that scout forums, workshops, camps and training courses will be held in GCC countries soon; including the scout camp in Muscat, Oman in August.

Saudi Scout Society Chairman Dr Abdullah Al-Fahd said a committee was formed to lay down the integrated scout strategy aimed at realizing the global vision for 100 million youths to join scout societies all over the world. In another development, MP Abdullah Al-Mudhaf has forwarded queries to Minister of Commerce and Industry Fahd Al-Shrai’an about the individuals and companies that obtained a license to get sand at the Kuwaiti desert from 2016 to 2022. He wants to know the specified areas where companies and individuals are allowed get sand. Al-Mudhaf took this step after a video clip showing expatriate laborers who were getting sand illegally went viral on various social media platforms.

MP Osama Al-Menawer asked Minister of Social Affairs and Societal Development and State Minister of Housing Welfare and Urban Development Mubarak Al-Arow about the names and number of mosques, hussainiyats and worship places found to have been illegally collecting cash or gold donations since March 1, 2022 till date. He inquired about the steps taken against those who committed violations, the amount collected by each worship place, and beneficiaries of such donations. He requested for copies of regulations and decisions of the Cabinet to control the collection of donations. He asked if any donation boxes have been confiscated, have neither been opened nor confiscated, and have been returned to the concerned worship places.

On the other hand, MP Ahmad Al-Hamad submitted a proposal to form a higher committee that will lay down a comprehensive strategy for the development of education based on studies and researches carried out by the concerned institutions. Its members should have vast experience in the field, as the strategy will cover all the educational stages — from nursery to university. The strategy will link education with daily life; including political, social and cultural aspects for the students to take part in politics and development of democracy. Lastly, Assembly Speaker Marzouq Al-Ghanim sent a cable to National Assembly Speaker of the People’s Power in Cuba Juan Esteban Lazo Hernández to express condolences over the explosion at a hotel in Havana. By Saeed Mahmoud Saleh Arab Times Staff 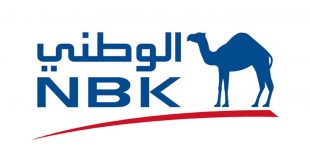 This post has been read 13788 times! Part of bank’s role to support coronavirus response …