World needs to look beyond ultra-easy policy for growth

SHANGHAI, Feb 27, (RTRS): The world’s top economies declared on Saturday that they need to look beyond ultra-low interest rates and printing money to shake the global economy out of its torpor, while renewing their focus on structural reform to spark activity.

A communique from the Group of 20 (G20) finance ministers and central bankers flagged a series of risks to world growth, including volatile capital flows, a sharp fall in commodity prices and the potential “shock” of a British exit from the EU. “The global recovery continues, but it remains uneven and falls short of our ambition for strong, sustainable and balanced growth,” said the communique, issued at the end of a two-day meeting in Shanghai. “Monetary policies will continue to support economic activity and ensure price stability … but monetary policy alone cannot lead to balanced growth.” Faltering growth and market turbulence have exacerbated policy frictions between major economies in recent months, and the statement also noted concerns over escalating geopolitical tensions and Europe’s refugee crisis.

The reference to “Brexit” had not been included in earlier versions of the text, according a senior official who had seen various drafts, but was added after British officials pressed for it. Britons will vote in June 23 referendum on whether to remain in the European Union. “Our view is that it’s in the national security and economic security of the United Kingdom, of Europe and of the United States for the United Kingdom to stay in the European Union,” US Treasury Secretary Jack Lew said after the meeting. The G20 ministers agreed to use “all policy tools — monetary, fiscal and structural — individually and collectively” to reach the group’s economic goals.

Christine Lagarde, managing director of the International Monetary Fund, said she sensed renewed urgency among the group’s members for collective action, warning that without it there was a risk that the recovery could derail. But there was no plan for specific coordinated stimulus spending to spark activity, as some investors had been hoping after markets nosedived at the start of 2016. Over the course of the two-day meeting in Shanghai comments by policymakers made clear the divergence of views on the way forward. Finance chiefs had agreed that “the magnitude of recent market volatility has not reflected the underlying fundamentals of the global economy”, the communique draft said. To pep up the global economy, faster progress on structural reforms “should bolster potential growth in the medium term and make our economies more innovative, flexible and resilient”, it said. “We are committed to further enhancing the structural reform agenda,” it added.

Divisions have emerged among major economies over the reliance on debt to drive growth and the use of negative interest rates by some central banks, such as in Japan. Germany had made it clear it was not keen on new stimulus, with Finance Minister Wolfgang Schaeuble saying on Friday the debt-financed growth model had reached its limits. “It is even causing new problems, raising debt, causing bubbles and excessive risk taking, zombifying the economy,” he said.

The G20, which spans major industrialised economies such as the United States and Japan to the emerging giants of China and Brazil and smaller economies such as Indonesia and Turkey, reiterated in the communique a commitment to refrain from targeting exchange rates for competitive purposes, including through devaluations.

They pledged to “consult closely” on foreign exchange markets. Jeroen Dijsselbloem, chairman of euro zone finance ministers, said G20 members had agreed to inform each other in advance about policy decisions that could lead to devaluations of their currencies. G20 host China used the meeting to try to allay concerns about the world’s second-biggest economy, and Beijing’s ability to manage it, that have grown since a market rout and a surprise devaluation last August. “Monetary policy will probably have to be kept appropriately loose, even though people have realised that its role cannot replace fiscal policy,” said China’s Finance Minister Lou Jiwei.

Chinese policymakers reiterated pledges not to devalue the yuan again, and Premier Li Keqiang told the G20 opening session on Friday there was no basis for continued depreciation of the yuan. But there appeared to be concerns that some members may seek a quick fix to domestic woes through a weaker currency. Japan implemented negative interest rates this month to spur growth, and Bank of Japan governor Haruhiko Kuroda said he had “fully gained (their) understanding” from G20 ministers about the BOJ’s thinking with regard to negative rates as a tool for escaping the deflation that has dogged its economy for years.

Japanese Finance Minister Taro Aso said he had urged China to carry out currency reform and map out a midterm structural reform plan with a time frame. “Chinese authorities need to present a mid-term structural reform plan with concrete schedule and a package of measures to stabilise yuan, based on recognition that communication between Chinese authorities and markets has caused market volatility and capital outflows,” he told reporters.

Share
Previous Adoption of clean energy, a must for brighter future
Next Indemnity Calculation 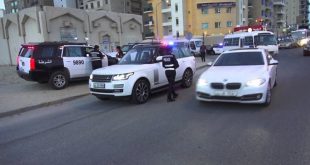 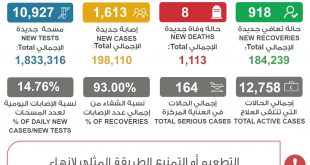