KUWAIT CITY, Nov 26: After a two-year hiatus and the commencement of work to repair it nearly two months ago, informed sources revealed that the Minister of Public Works Dr. Amani Bouqammaz decided to suspend work on Darwaza Al-Abd Al-Razzaq Tunnel until the dispute over the tunnel works is resolved, reports Aljarida daily. The sources explained that a specialist in the Government Performance Center had submitted a report to stress that the mechanism of implementing the tunnel repair is wrong and poses a threat to it. However, another team insisted that the existing works are correct according to a well-studied plan due to which there is no need to stop them. The rate of completion of works in Darwaza Al-Abd Al-Razzaq Tunnel has exceeded 65 percent, and there is only a month left for all works to be completed.

Explain
They went on to explain that the danger in Darwaza Al-Abd Al-Razzaq Tunnel lies in suspending and completion of the works, as the Public Authority for Roads and Transportation (PART) and the project contractor are keen to implement all works as planned to preserve Darwaza and ensure the safety and security of the site. In the recent period, the decisions to repair the Darwaza Al-Abd Al-Razzaq Tunnel raised a lot of controversy. A week ago, Minister Bouqmaz issued a decision to suspend the commissioned Director General of PART Eng.

Soha Ashkanani from work for a month based on the letter of the government performance follow-up agency regarding the observations of the outsourced technical team reported by Kuwait University concerning the work of the change order for the intersection of Darwaza Al-Abd Al- Razzaq Tunnel and the construction status of the tunnel. In addition, the Central Agency for Public Tenders rejected the request of the Ministry of Public Works to issue a change order with an increase of one million dinars, equivalent to 20 percent, on the value of the practice contract “S, P / I 418” for the maintenance of main roads in Hawally and Capital governorates, concluded with a company, and extending its period by 365 days, starting from January 14, in implementation of the Cabinet’s decision to assign the Ministry of Public Works, along with the Ministry of Finance, the Kuwait Municipality, the Roads Authority and the appropriate authorities, to determine the future vision for the uses of the Darwaza Al-Abdul Razzaq Tunnel and the surrounding area. It is noteworthy that the Committee for the Preservation of Historical and Heritage Monuments and Urban Development in the Municipal Council approved the request of the National Council for Culture, Arts and Letters to register the Darwaza Al-Abd Al- Razzaq Tunnel in the National Register of Historic Buildings in the National Council, with the need for preventive maintenance of the tunnel. 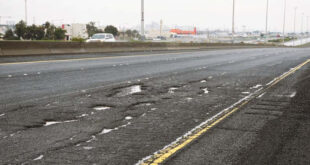 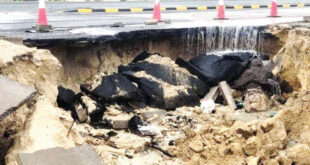 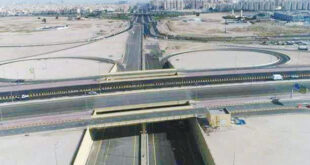 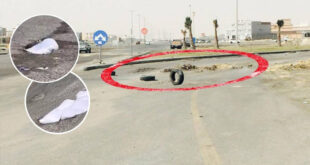 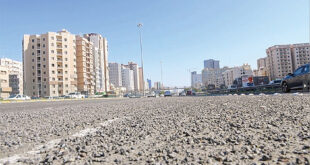 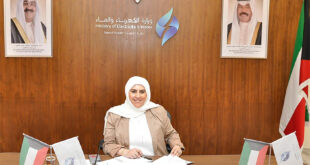