KUWAIT CITY, June 8: The Criminal Court rejected the requests of the individual against whom a case has been filed for allegedly kidnapping and murdering a Kuwaiti woman Farah Akbar after stalking her using an electronic tracking device. The case has been adjourned to June 21 to submit the final plea of the victim’s heirs. In Monday’s session, the defendant’s defense team presented a portfolio of documents and requested a delay, but the court rejected the request. The legal counsel of the victim’s family Abdul Mohsen Al-Qattan affirmed that his defense was ready to plead.

According to the charges leveled by the Public Prosecution against the accused in this case, the latter kidnapped the victim from her home area in Sabah Al-Salem on March 13 and forced her to accompany him to another place. The perpetrator knew his victim’s movements through a tracking device he had installed in her car. Lawyer Al-Qattan demanded the imposition of the maximum penalty prescribed by law on the accused, and to obligate him to pay the victim’s family temporary compensation of KD 5,001 for the moral and psychological damages they incurred. By Jaber Al-Hamoud Al-Seyassah Staff and Agencies 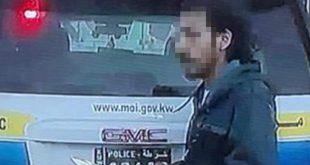 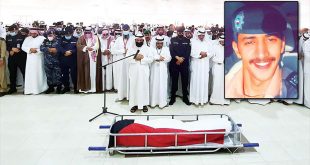