Woman harassed by an Iraqi man

KUWAIT CITY, April 24: Police are interrogating an Iraqi man after his compatriot neighbor accused him of harassing her, reports Al-Rai daily. The woman in her complaint to the police said the man kept harassing her and when she repelled all his advances he verbally abused her.

One day, she said, he followed her to a co-op branch in Ahmadi and started harassing her in front of other shoppers. When the man was summoned for interrogation, he denied the allegation and accused the woman of hitting him with her handbag without any reason and added, he was involved with her over a car parking place. The woman is said to have proven the charge against the man through one of the eyewitnesses.

Share
Previous Kuwaiti woman stabbed by husband
Next 75% drug addicts in Kuwait are under the age of 28; 220 in hospitals 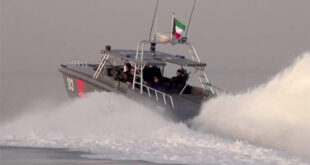