KUWAIT CITY, Nov 11: MP Mubarak Al-Arow has forwarded queries to Minister of Oil and Higher Education Dr Muhammad Al-Fares about the alleged dismissal of a Bedoun student from an undisclosed school due to delayed payment of fees. If this is true, he wants to know the measures taken regarding the issue; considering the school’s action contravenes humanitarian principles and caused moral damage to a six-year old girl. He also inquired when the girl will return to school.

MP Bader Muhannad Al-Sayer asked Minister of Finance and Minister of State for Economic and Investment Affairs Khalifa Hamada why the frontline incentive has not been paid to the beneficiaries until now, even if the Civil Service Commission (CSC) already verified the list of benificiaries in every institution. He wants to know if the money was handed over to any of the public institutions and ministries. If yes, he demanded for the list of these entities. Al-Sayer also forwarded queries to Minister of Information and Culture and Minister of State for Youth Affairs Abdulrahman Badah Al-Mutairi regarding the disappearance of several artifacts from Kuwait Museum. He requested for copies of the reports of the fact-finding committees tasked to investigate the issue since 2019.

He inquired about the names and positions of the members of these committees, and why the ministry did not inform the State Security Department about the incident in order to start the search for the missing artifacts. He also asked Hamada about the verdict that the Court of Appeals issued in July 2021, convicting the secretary general and board chairman of Jahra Sports Club of forging the minutes of the meetings of the Board of Directors. He wants to know if the board membership of the secretary general and chairman was annulled for committing a betrayal of trust crime. He pointed out that according to the court’s decision, the minutes of the meetings held for three months were declared null and void due to the forgery. Under such circumstances, the board is considered resigned as it did not hold meetings for such period, he added. He inquired if the general assembly of the club was convened to appoint five interim board members to manage the club until the election of a new board.

MP Abdullah Al-Mudaf forwarded queries to Deputy Prime Minister, Minister of Justice and Minister of State for Nazaha Enhancment Abdullah Al-Rumi about the number of variation orders in the public tenders referred to the Central Agency for Public Tenders since 2010 till date, as well as the number and total value of approved variation orders. He asked Minister of Foreign Affairs and Minister of State for Cabinet Affairs Sheikh Ahmad Nasser Al-Muhammad about the number of court verdicts issued in favor of public institutions and ministries in financial cases including compensation since 2010 till date and amount collected compared to the total amount due. He inquired if free Internet service will be provided to the houses of senior officials at the Secretariat General of the Council of Ministers.

If yes, how much is the annual cost and justification for providing such service, considering the government is keen on rationalizing expenditures while the fee for the service is reasonable and will not burden the officials. He forwarded queries to State Minister for Municipality and Housing Affairs and Urban Development Shaya Abdulrahman Al-Shaya about the number and value of compensation and financial dues for Kuwait according to court decisions issued from 2010 till date, amount collected compared to the total amount due, amount of compensation stipulated in court decisions in favor of Kuwait Municipality within the same period, how much has been collected so far, and the number and amount of compensation stipulated in court decisions against the Municipality.

Moreover, MP Fayez Al-Jomhour submitted a proposal for the ministries of Education, Awqaf and Islamic Affairs to reduce the years of work experience condition for certain leadership posts including the directors of educational districts and general supervisors. He argued it is illogical to require a longer period of experience for such posts than that of higher positions like the assistant undersecretary and undersecretary. By Saeed Mahmoud Saleh Arab Times Staff 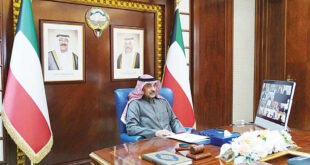 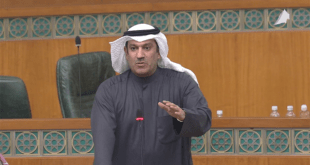 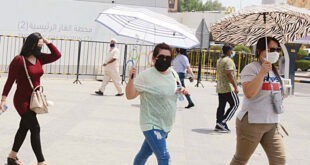