KUWAIT CITY, Aug 28 : A Syrian woman accused her husband of attacking her physically during a quarrel between them inside their flat in Salmiya area. According to security sources, the woman went to Salmiya Police Station and lodged a complaint against her husband, presenting a medical report to indicate the injuries she sustained in the attack. She revealed to securitymen that the quarrel broke out between them when he returned from work and saw she had hung washed clothes in the balcony after which he started insulting her. When she asked him to calm down, he hit her. One of the neighbors intervened and forced him to calm down. Securitymen summoned the Syrian man to the police station and referred him for investigations and necessary legal action.

Life savings gone: Police are looking for an unidentified person who broke into the vehicle of an unidentified Egyptian and stole an envelope containing KD 3,000, reports Al-Rai daily. The Egyptian, in his complaint to the police said the car was parked in front of a money exchange office in Khaitan. The Egyptian said the money was his end of service indemnity. He added, he parked the car and went in to ask the rate of exchange and when he returned to the car the envelope was gone. Personnel from the Criminal Evidences Department have lifted fingerprints to identify the culprit. 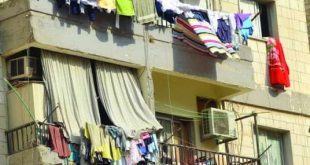 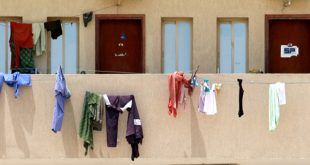