DHAKA, Bangladesh, Dec 22, (AP): Motivated by a no-ball decision against his team, fast bowler Keemo Paul took 5-15 as West Indies won the Twenty20 series against Bangladesh 2-1 after a bad-tempered 50-run win in the third match on Saturday. Put into bat, opener Evin Lewis smashed a 36-ball 89, with six fours and eight sixes, to help West Indies pile up 190 before being bowled out in 19.2 overs.

Paul, along with left-arm spinner Fabian Allen (2-19), then helped to dismiss Bangladesh for 140 in 17 overs. Bangladesh made a rapid start, thanks to Liton Das, despite opener Tamim Iqbal being run out for 8. Das helped Bangladesh to go past 50 in just four overs before he was caught off pacer Oshane Thomas but the delivery was judged to be a no-ball.
West Indies captain Carlos Brathwaite and his players protested the decision – with Thomas’ foot shown to be on the line – and the game was stopped for around 10 minutes with no review allowed. Match referee Jeff Crowe intervened, the decision stood, and play resumed. West Indies didn’t review the decision on advice from management.

“The rule is that if a no-ball is called it cannot be reviewed or reversed,” Brathwaite said. “But if it isn’t called, it can be reversed checking the video. “Everyone saw that it was not a no-ball. For a young man who is inexperienced, Oshane Thomas was under the pump. To finally get a dismissal but the ball has gone to your name as a free hit, to bowl the extra ball with an extra run, obviously it messed his mindset.
“I am not saying the officials are cheating because I think they are professionals. However, I can just call what I see. If we are seeing we are not getting the rub of the green, the 50-50s, then as captain of the ship I will say that. I must commend the match referee. After we had some stern words, it was resolved. We worked too hard for my team to walk off the field or forfeit the game or series.”

The dispute fueled West Indies to such an extent that the tourists hit back with three wickets for one run in nine balls with Allen and Paul at the fore. Allen got Soumya Sarkar (9) and Shakib al-Hasan for a duck in consecutive deliveries before Paul dismissed Mushfiqur Rahim (1).
From 56-1 before the no-ball dispute, Bangladesh was 66-4. “I don’t know what all the rules are pertaining to reviews,” Brathwaite said, “so I don’t want to tell them how to do their job. But it can be looked at. The laws may be put into question after this incident.”

Paul then ran though the Bangladesh batting lineup, varying his pace well to leave Bangladesh 96-8 and became only the second West Indies bowler to take five-for in T20 cricket after former skipper Darren Sammy (5-26) against Zimbabwe in 2010. Mehidy Hasan (19) and Abu Hider (22 not out) took Bangladesh past 100 runs.

Earlier, Bangladesh’s bowlers bowled well to deny West Indies reaching the 200-run mark as the hosts sought a tour sweep against West Indies after winning the two-match test series 2-0 and the ODI series 2-1.
Evin Lewis launched West Indies in aggressive style and the visitors racked up 88 runs in the first powerplay with the loss of Shai Hope.

In the third over of the innings, Lewis smashed Hider for 27 runs including four sixes. Bangladesh came back strongly through offspinner Mahmudullah (3-18) who bowled Lewis, leaving West Indies at 122-3 and sparking the collapse with Shakib (3-37) and Rahman (3-33) causing problems for West Indies. 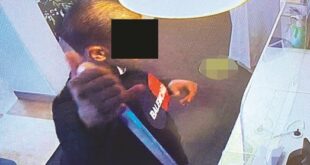 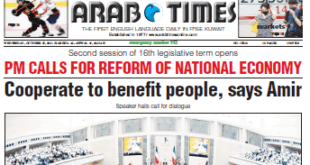