As part of the conference, being held in Vienna online from 17 to 21 October, a session was held today to discuss an item on international cooperation, with particular emphasis on extradition and mutual legal assistance. Justice Al-Mosad highlighted the importance of this agenda item in the effort to prevent serious crimes and strengthen the central authorities.

He briefed the conferees on Kuwaiti experience in the combating cybercrimes through joining regional accords in this field. Kuwait adopted pieces of legislation to criminalize misuse of the information technology, including tampering with data, money laundering, promotion of narcotic trade, and human trafficking, he pointed out. In this context, Kuwait adopted Act 63 (2015) against cybercrimes which criminalized on a national level unauthorized access to information systems, tampering with, changing or deleting personal data.

“This legislation also criminalizes initiating websites associated with terrorist organizations or with the intent of committing criminal activity,” he went on to say. Justice Al-Mosad urged the international community to scale up cooperation in criminal affairs on the regional and international levels with a view to combating serious crimes such as misuse of information technology to instigate or fi- nance criminal acts. The State of Kuwait supports the committee on working an international convention against illegitimate uses of electronic means, he affirmed. The Kuwaiti government also attaches great importance to the combat against pollution, Justice Al-Mosad said, adding that Act 42 (2014) on environment protection stipulates that any infringement on environment whether soil, air or sea would trigger a harsh punishment. (KUNA) 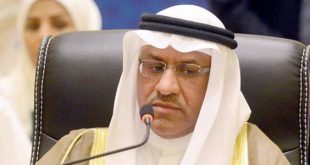 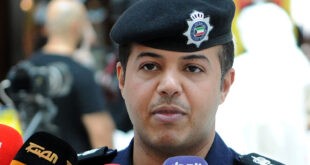