Finance panel cancels meet because of absence of ministers

KUWAIT CITY, Feb 3: The Financial and Economic Affairs Committee cancelled its meeting on Thursday, because of the absence of Minister of Finance and Minister of State for Economic Affairs and Investments Abdulwahab Al- Rushaid and Minister of Justice and State Minister of Nazaha (Integrity) Enhancement Jamal Al- Jalwai without coordinating with the committee. Committee Chairman MP Ahmed Al-Hamad pointed out that Minister of Commerce and Industry Fahd Al-Shrean called the committee earlier and apologized for not being able to attend the meeting due to prior engagements. He said only the undersecretaries and assistant undersecretaries were present at the meeting.

He added that important issues are included in the agenda of the cancelled meeting, such as discussing the bill on granting compensation to the victims of real estate fraud. He went on to say that this is the second meeting, which was canceled because of the absence of the government although compensating the real estate fraud victims is important for most citizens.

Meanwhile, MP Khalid Al-Otaibi forwarded queries to Minister of Finance and Minister of State for Economic Affairs and Investments Abdulwahab Al-Rushaid on the violations committed by the members of the Board of Directors of Kuwait Airways Corporation (KAC) who distributed senior positions in subsidiaries among themselves.

He asked the rationale behind the abovementioned appointments, copies of the appointment decisions and the approval of the Kuwait Investment Authority (KIA). He wants to know if the appointments are in accordance with the relevant laws; particularly articles 54, 55 and 56 of the basic law. He requested copies of the academic certificates of officials who occupied leadership positions in subsidiaries besides their posts at the Board of Directors of KAC, and if their qualifications match the positions they occupy.

The lawmaker asked for the method adopted in appointing the members of the boards of directors in subsidiary companies and copies of the approval of the General Assembly of KIA. He wants to know if there is any difference between the authorities granted to the Board Chairman and CEO of Kuwait Airways, if it is true that the Board of Directors of KASCO purchased four buildings (each one consists of 16 floors) located in Sabah Al-Salem for KD 18 million. If it is true, he wants to know the reasons behind the purchase and if it was done according to the regulations.

Reply
On the other hand, MP Marzouq Al-Khalifa received the reply of Minister of Oil, Electricity, Water and Renewable Energy Muhammad Al-Fares to his query. The MP asked about the date of supplying electricity and water to Mutla’a Residential City and reasons behind the delay. The minister disclosed that electricity will be supplied in the second quarter of 2022, clarifying the delay is due to exceptional circumstances resulting from Coronavirus crisis including the lockdown in areas where workers are residing; while drinking water will be supplied in the second quarter of 2023.

MP Muhannad Al-Sayer forwarded queries to Minister of Foreign Affairs and Minister of State for Cabinet Affairs Sheikh Ahmad Nasser Al-Muhammad about the reasons behind delegating counselors from the Arab Republic of Egypt to work at the Legal Advice and Legislation Department. He wants to know the annual cost of appointing one Egyptian counselor. He wants to know the salary, allowances and other benefits granted to each counselor; if the Legal Advice and Legislation Department published a job advertisement for Kuwaiti counselors before delegating those from Egypt; the institution which allowed coordination with Egypt in this regard; number of Kuwaiti counselors at the department compared to non-Kuwaitis, and tasks of the Egyptian counselors.

He asked Minister of Health Dr Khalid Al- Saeed if his ministry conducted scientific researches on the Covid-19 vaccine. He wants to know the reasons behind the decision of considering individuals who were vaccinated nine months ago as unvaccinated. He asked if Oxford has conducted researches on the third dose of the vaccine, if the ministry will obligate the individuals to take the third dose, and expiry date of the vaccines in the custody of the ministry at present. Al-Sayer also forwarded queries to Minister of Social Affairs and Societal Development and State Minister for Housing Affairs and Urban Development Mubarak Al-Arow on the delayed issuance of the executive decree on the law on protection against family violence.

Summoned
He wants to know if personalities from non-government organizations (NGOs) and specialists have been summoned to draft the executive decree of the abovementioned law, reasons behind the delayed opening of shelters for women who are victims of family violence, and if the fund allocated for supporting the victims of family violence has been launched as Article 23 of the law. In another development, MP Mehalhal Al- Mudaf submitted a proposal for the Council of Ministers to issue a decision to obligate companies to submit their statements of assets and liabilities; proving they have no debts to any public institution and have paid the full salaries of workers before participating in public tenders.

Moreover, MP Hamad Al-Matar filed a case against Jamal Al-Menaififor offending him and insulting his parents during their meeting in a diwaniya. Al-Menaifiworks at the Assembly Speaker’s Office and he is one of the employees who filed lawsuits against MPs Khalid Al-Otaibi, Muhammad Al-Mutair and Thamer Al-Suwait because of the latter’s actions during the inaugural session. Al-Menaifiwas angry because Al-Matar voted against lifting the parliamentary immunity of Al-Mutair, Al-Otaibi and Al-Suwait; which means Al-Menaifiwill not be able to sue them. Al-Menaifiand Al-Matar have been friends for more than 40 years. By Saeed Mahmoud Saleh Arab Times Staff

Share
Previous Subscribers to telcos in Kuwait reach 6.51 mln in Jan
Next How long will our state boat remain docked? 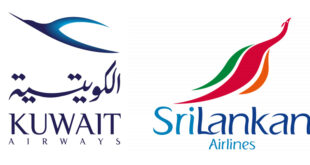 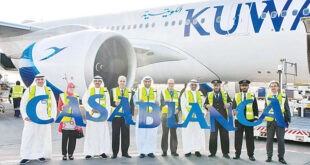 This post has been read 29714 times! MANCHESTER, May 4: Kuwaiti students on scholarships to …