The State Treasury, in a statement issued yesterday, announced that it has classified the four individuals as international terrorists due to which any properties or shares in properties belonging to these individuals within the jurisdiction of the United States of America will be frozen. In addition, US citizens are banned from carrying out financial transactions with these persons.

Adam J. Szubin, Acting Undersecretary for Terrorism and Financial Intelligence stressed the ministry’s commitment to taking strong action against the financiers of DAESH and facilitators of its work.

Meanwhile, the G7 on Saturday pledged to clamp down on financial support for terrorist networks, with a plan to step up intelligence-sharing, freeze assets and tighten reporting rules on international transfers. The club of wealthy nations has been cooperating to block the financial pipelines that allow terrorists to travel, plan and carry out attacks, but said that more must be done. “Countering violent extremism and bringing perpetrators to justice remain top priorities for the whole international community,” they said after two days of talks in northern Japan.

“The G7 commits to working together to strengthen the global fight against terrorist financing,” said an action plan to be adopted by the group’s leaders who meet in Japan next week. French Finance Minister Michel Sapin, whose country suffered devastating attacks in January and November of 2015, said the Group of Seven was now in the “operational phase” of its efforts. “We will introduce effective tools at our disposal in the war against terrorism financing,” he told AFP. “It is absolutely essential.” Sapin said that good exchanges between intelligence agencies were vital, “especially to fight against large movements of money by, for example, the Islamic State in Syria or Iraq”. Another key tool is to counter the cover provided by “prepaid but anonymous phone cards, movements of cash that allow anonymous access to finances,” he said. “We must trace these.” The G7 action plan identified “targeted financial sanctions” as critical to hindering terrorist support networks.

It also emphasised the need to freeze terrorist assets, including those of individual militants. Among specific measures, the bloc committed to reducing the threshold for declaring cross-border cash transactions from $15,000, 15,000 euros and two million yen to $10,000, 10,000 euros and one million yen. It also said it would provide “continued strong leadership” to the Financial Action Task Force (FATF), which sets international standards to combat money laundering and terrorism finance. While lauding FATF for establishing standards, it said that “the evolving nature of current terrorist financing threats requires us to adapt our existing measures to combat those threats”.

The pledge comes after Group of 20 finance ministers said in February that more work was needed to combat “loopholes and deficiencies” in the global financial system as part of the fight against terror. 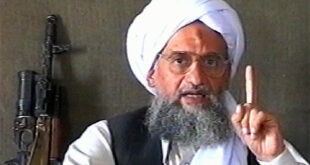 Al-Qaida in Syria losing ground in battles with insurgents