KUWAIT CITY, July 5: The head of the Kuwaiti Federation of Fishermen, Zaher Al- Suwayan, confirmed that the federation has repeatedly demanded, in coordination with neighboring countries, to honor the complete seasonal ban on fishing for some types of fish, such as zubaidi, shrimp and juniper. However, he said the violators are being encouraged by those who over fish by buying their catch under the title ‘imported’ and stressed on the need to adopt more deterrent penalties for the likes of those who fish in our territorial waters and ‘rob us’ of our fish wealth. Al-Suwayan praised the efforts of the Naval Forces, Coast Guard, the Public Authority for Agricultural Affairs and Fish Resources (PAAAFR) and the Environment Public Authority (EPA), which resulted in the seizure of 20 Iranians who were caught for fishing inside Kuwait’s territorial waters. Last year, the sources said, 35 Iranians were caught for the same reason.

Violate
He said there are those who deliberately violate the laws despite the fact that the issue at heart is sustainable food security that Kuwait is keen to protect stressing that all fish caught inside the territorial waters is for local market and it is the one that maintains price stability. Regarding the high prices of mead fish, Al-Suwayan called on the concerned authorities in the fisheries sector to reexamine permitting mead fishing inside Kuwait Bay with a stricter control and a specific mechanism, explaining that mead lives in shallow waters inside the Bay and is not available in the places specified by the decision.

Therefore, the importer reaps benefits due to the scarcity of local fish. He pointed to the importance of allocating land for the fishermen’s village on the coast, as the neighboring countries do, where fishermen’s villages are beautiful tourist places, and pointed to the removal and demolition of the Fishermen’s Village in Asherij in 2000 under promises to build an alternative village, and called for a special spot for fishermen in which all service facilities for ships and cruisers are available. He called on the Ministry of Health to vaccinate the rest of the unvaccinated fishermen and workers selling fish in the stalls, so that the fish markets in the East and Fahaheel can organize auctions because of its importance to consumers. He expressed his hope that the Council of Ministers and the concerned authorities will give new permits for fishermen for visa expired when they were outside the country due to the outbreak of Covid-19 pandemic and also because of those who have reached the age of 60 and above. By Abdel Nasser Al-Aslami Al-Seyassah, Arab Times Staff 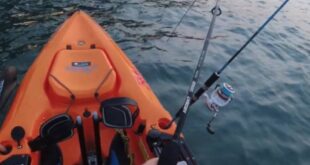 Kayak fishing championship to kick off in Kuwait Fri. 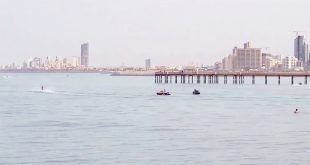 This post has been read 12229 times! ‘Authorities deprive Kuwaiti fishermen of their favorite hobby’ …