KUWAIT CITY, March 10: The head of the Kuwaiti Federation of Fishermen, Dhaher Al-Suwayyan, has called on the Public Authority for Civil Information to understand the union’s demand regarding the issue of the fishermen’s residential addresses, as there was an agreement previously with PACI officials that the addresses of all the fishermen should be at the headquarters of the Fishermen’s Union, whether in Sharq or Fahaheel, especially since the fishermen who work on fishing trawlers do not have a permanent residence, reports Annahar daily. Al-Suwayyan said the fishermen work only during the specified fishing seasons, and then leave the country after the end of each fishing season, be it shrimp fishing or otherwise.

As a result of this many fishermen now have to pay monetary fines, although they are not at fault since it is the system that still refuses all fishermen’s transactions. Al-Suwayan called on the civil ID officials to do the necessary and solve this problem as quickly as necessary, as some of them want to leave for their country. He pointed out that the Kuwaiti Federation of Fishermen sent a letter to the Director General of the Public Authority for Civil Information on Feb 17, 2022, but so far, unfortunately, the problem remains unresolved. Al-Suwayyan announced the federation is making great efforts to overcome all challenges facing all fishermen, stressing the importance of concerted efforts in public interest, hoping that the endeavors will be crowned with success. 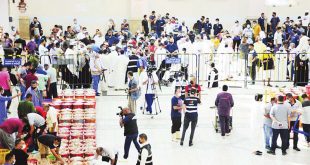 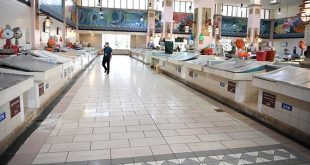 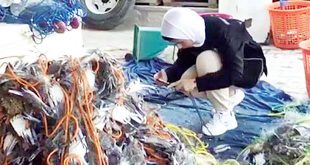 This post has been read 8654 times! KUWAIT CITY, July 18: The Environmental Public Authority …