KUWAIT CITY, Feb 5: In the event of uncertainty hovering over recruitment of Filipino domestic workers, efforts are continuing to recruit Ethiopian workers pending the departure of the Kuwaiti delegation to Ethiopia to sign the contract to revive the domestic labor market, reports Al-Rai daily.

This happens in light of the suffering experienced by those hiring the Filipino workers and increasing demands from citizens and residents and dozens of inquiries if and when talks will end in resumption of hiring Filipino domestic workers because they seem to be the preferred lot especially when it comes to taking care of small children.

In this context, the head of the Federation of Owners of Domestic Workers ’Offices, Khaled Al-Dakhnan, said that what was signed by the Ministry of Foreign Affairs in the presence of the Filipino Minister of Labor two days ago, was just ‘minutes of meeting’ and nothing else.

Al-Dakhnan told the daily the Philippine Minister of Labor is not authorized to lift the ban on Filipino workers, due to the existence of several outstanding problems, such as demands from the Philippines to protect the lives of domestic workers from exposure to sexual and physical violence and harassment, and protection of their rights, including paying salaries, and not confiscating their passport.

He pointed out the Minister of Labor did not receive a satisfactory answer from the Kuwaiti Ministry of Foreign Affairs in this regard, and according to his statement, he would convey the Kuwaiti viewpoint to the President of the Philippines expecting that the response will arrive within a month.

On the other hand, efforts are still continuing to bring in Ethiopian domestic workers, pending the departure of the Kuwaiti foreign delegation to Ethiopia to sign the contract, which will bring relief to the domestic labor market.

At the monthly union meeting of the office owners, Al- Dakhnan said the majority of domestic labor offices are currently empty, except for some applications of Sri Lankan citizens, but they are in small numbers, and advance in age (upto forty years old), which may not satisfy the Kuwaiti employers.

He hopes the Kuwaiti Ministry of Foreign Affairs would move quickly to resolve the current crisis through dialogue with relevant authorities in the Philippines, noting the crisis witnessed in the sector at present is a natural result of Kuwait’s reliance on one main country in the recruitment of workers, which is the Philippines. He pointed out that the union has requested time and time again to open new countries and diversify the sources of recruitment to no avail. 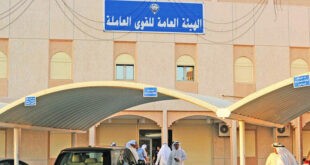 This post has been read 11728 times! KUWAIT CITY, May 15: The Ethiopian delegation has …