DUBAI: The United Arab Emirates, criticised globally for its treatment of migrant workers, issued a law on Tuesday to combat abuse of domestic staff, state news agency WAM said. It includes prohibitions on sexual harassment, forced labour, and the employment of domestic workers under 18.

It also stipulates that workers are entitled to one paid day off each week, 30 days of paid vacation per year and up to 30 days of sick leave. President Sheikh Khalifa bin Zayed Al-Nahyan approved the law, which was praised by human rights organisations when its draft was passed by the country’s legislative body in May.

The UAE relies heavily on migrant labour with an estimated 8 million workers making up more than 80 percent of its population, according to the International Labour Organization. Many domestic workers come from southeast Asia. (RTRS) 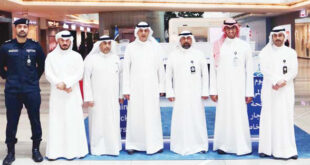 This post has been read 3976 times! KUWAIT CITY, April 27: The judge presiding over …