KUWAIT CITY, Nov 20: The Court of Appeals ordered the Ministry of Health and two of its doctors to pay compensation worth KD 156,000 to the heirs of former MP Falah Al- Sawagh, after being convicted of medical negligence that led to his death.

Earlier, the Criminal Court, based on a complaint filed by Lawyer Dr. Youssef Al-Harbash, had sentenced the two doctors to one-year imprisonment and a bail amount of KD 5,000 each to suspend the enforcement of the ruling. The court issued this ruling after the two doctors were convicted of medical malpractice during an operation in the hospital that resulted in the death of the former MP Falah Al-Sawagh.

According to the report submitted by the committees of the Ministry of Health, the Forensic Medicine Department, and the College of Medicine of Kuwait University, which were delegated by the court to study the case of the manslaughter of former MP Falah Al-Sawagh, he had died as a result of medical errors.

It was proven that the operation that was performed on him resulted in a form of bacterial blood poisoning. The family members of Al-Sawagh had filed the case against three doctors at the Saud Al-Babtain Center for Burns and Plastic Surgery, one of whom was responsible for causing the death of Al- Sawagh as a result of a medical error. They demanded that the doctors and the Ministry of Health jointly pay KD 5,001 as temporary compensation to them, after they submitted documents proving that they had committed a medical error that led to Al-Sawagh’s death. 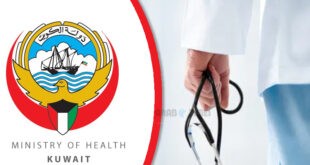