‘ME turmoil a risk to global security’

Speaking at an Arab League extraordinary session discussing the US recognition of Jerusalem as Israel’s capital, he also warned that the recent move to decrease funding to the United Nations Palestinian refugee agency, UNRWA, would push the situation in the area towards an “explosion” if the international community fails to recognize its repercussions. He reiterated Kuwait’s firm stance in support of Palestinian rights, including maintaining the current status of Jerusalem in accordance with relevant Security Council resolutions, and declared the recent unilateral moves as “void and baseless.”

Kuwait will affirm these stances amid its non-permanent membership of the UNSC, and will call for talks to exchange views aimed at discussing 50 years since Israel occupied Palestine during its UNSC presidency. He underlined the important role of the Arab League ministerial committee, amid its contacts with global parties, to pressure Israel to commit to international laws and halt illegal settlement construction on occupied Palestinian land and highlight the dangers of the US move.

The minister also urged Arab nations to unite in expressing a joint reaction to the move, and praised Egypt’s role in hosting Palestinian reconciliation talks. The Arab League Council decided, during the meeting to reach out to the world’s main players to set up an international multilateral mechanism for sponsoring the Middle East peace process under auspices of the United Nations.

The meeting, held on Thursday under the theme of “Arab move against the US decision on Jerusalem”, called for an international conference on relaunching the peace process within a specific timeframe on the basis of the relevant UN resolutions, the land for peace principle and the two-state vision. The resolution of the ministerial meeting highlighted the need of establishing the independent state of Palestine within the borders of June 4,1967, with east Jerusalem as its capital city.

The ministers reaffirmed support to the Palestinian bid for full UN membership and asked the Arab diplomatic missions to the UN in New York to adopt the necessary measures for lobbing international support for the Palestinian quest in this regard. They commended the decision of the UN General Assembly session on Dec 21, 2017, to invalidate the US recognition of Jerusalem as capital of Israel.

Reaffirming commitment to peace as strategic option to resolve the Arab- Israeli conflict, the ministers urged the countries that have not recognized Palestine state to do so without further delay. They renewed backing for the Palestinians’ right to bring Israel, the occupying power, to book for its racist policy and crimes against the Palestinian people. They urged the countries of the world, companies and individuals to boycott the Israeli occupation authorities as a means of forcing Israel into implementing the two-state vision for solution.

They thanked the countries and entities that opposed the US decision on Jerusalem and supported the efforts to restore the legitimate rights of the Palestinian people. The League’s Secretariat briefed the ministerial meeting on a media plan in support of the Palestinian people, particularly the Arab residents of Jerusalem. The conferees decided to refer the plan to 149th regular meeting of the League’s Council due on March 6-7.

They appreciated the outcomes of Al-Azhar international conference on Jerusalem and the efforts of the Arab parliament to protect the Holy City, maintain its historical status and back the perseverance of its Arab residents. They highlighted the need of empowering the Palestinian government national concord to shoulder its responsibilities towards Gaza Strip and prepare for the planned general elections in the framework of a national inclusive partnership. They condemned the attempts to undermine the efforts of the UN Relief and Works Agency for Palestine Refugees in the Near East (UNRWA), referring to the recent US decision to withhold financial contributions to the UN agency. 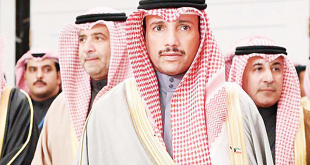 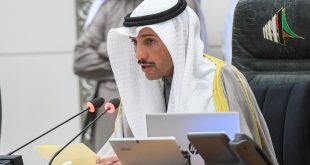 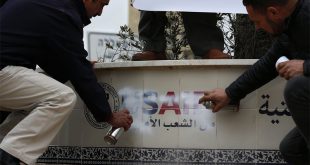 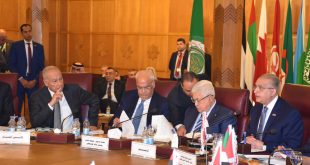 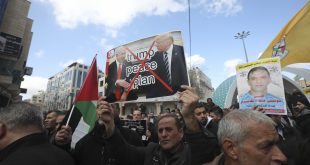 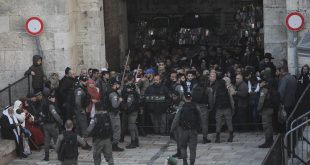