JERUSALEM, March 30, (Agencies): Prominent US lawyer Alan Dershowitz said in an interview Thursday that President Donald Trump spoke to him “clearly” about a two-state solution to the Israeli-Palestinian conflict, suggesting a shift in Trump’s stance.

Trump broke with longtime US policy last month when he withheld clear support for an independent Palestine, saying he could endorse a one-nation solution to the conflict. “I’m looking at two-state and one-state, and I like the one that both parties like,” Trump said in a February press conference at the White House with Israeli Prime Minister Benjamin Netanyahu. But Dershowitz, who is Jewish and close to the Israeli prime minister, told Israel Army Radio that he discussed the matter with Trump during a meeting on March 18, and that Trump endorsed two states in their conversation.

Anxious
Nabil Shaath, Abbas’ foreign affairs adviser, confirmed that Abbas is “anxious” to reach a peace agreement with Israel and said it was “important” that Trump reportedly lent his support to the two-state solution. Netanyahu’s bureau and Israel’s Foreign Ministry declined comment on Dershowitz’s interview. For nearly a half-century, the Israeli military has occupied the West Bank, land Palestinians want for an independent state. Over the past two decades, the international community has overwhelmingly backed the idea of a twostate solution as the best way of reaching peace in the region. But Trump’s campaign platform made no mention of a Palestinian state, and his appointed ambassador to Israel has expressed skepticism about a two-state solution in the past.

Trump’s inner circle includes aides with ties to the West Bank settler movement, which objects to the creation of an independent Palestine. Netanyahu has not formally abandoned his stated support for the twostate solution, but has stopped mentioning it in his speeches since Trump was elected. Instead, he has made vague statements about seeking a region- wide peace agreement.

Dershowitz said he was “pleasantly surprised” by Trump’s knowledge of the Israeli-Palestinian conflict, saying Trump spoke to him about the main issues that would need to be solved in a two-state approach: competing claims to Jerusalem, security concerns, demilitarization of a Palestinian state, and Palestinian refugees’ demands to return to land they fled or were expelled from during the 1948 Arab-Israeli war that led to Israel’s independence.

The White House has been holding intensive talks with Israel in recent weeks about an agreement concerning Israel’s future settlement building policy, but the sides have not come to an agreement yet. Netanyahu said reaching an understanding with Washington on the settlements would be “good for Israel.” But he has also pledged to honor a promise to build a new settlement to replace Amona, an illegal settlement outpost built on private Palestinian land that was dismantled following an Israeli Supreme Court ruling. “I promised from the beginning that we would create a new settlement,” Netanyahu said Thursday. “I believe I gave the first commitment in December and we will fulfill (the commitments) today. There are a few more hours and you will know all of the details later.” According to Israeli media, Netanyahu will convene his Security Cabinet late Thursday and is expected to hold a vote to approve a replacement settlement in the West Bank. President Donald Trump gained his first ambassador Wednesday when attorney David Friedman was sworn in as America’s envoy to Israel. 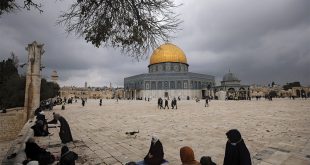 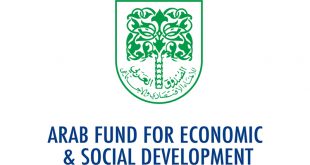 Ahmed Al-Jarallah Editor-in-Chief, the Arab Times THE Palestinian incitement and disavowal issued after the Ramallah-Beirut …