KUWAIT CITY, Nov 22: In a move aimed to stop human trafficking, the Director General of the General Administration of Residency Affairs Brigadier Abdul Qader Sha’ban issued a circular stating that domestic worker (male or female) may be transferred from one sponsor to another in the presence of concerned sponsors along with domestic worker.

This procedure is similar to what is done in the General Directorate of Traffic regarding the transfer of ownership or sale of vehicles as it requires the presence of the seller and buyer and sign before the traffic officer. 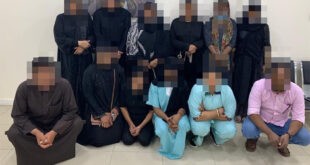