KUWAIT CITY, Feb 12: The Election Affairs Department at the Ministry of Interior concluded the sixth day of registration Tuesday with a total of 33 candidates for the supplementary elections of the National Assembly scheduled for March 16. Director of the department Colonel Salah Al-Shatti denied rumors spread on social media recently about the department preventing journalists from covering the registration process.

He affirmed the department is keen on ensuring that the registration of candidates is smooth, while preventing disclosure of sensitive information about the candidates and to avoid causing them distress for being overwhelmed by the media. Therefore, order was enforced by allowing three minutes for picture taking prior to registration and allocating an area for media practitioners to do their jobs without crowding the employees or candidates.

In another development, Chairman of the parliamentary Legal and Legislative Affairs Committee MP Khaled Al-Shatti urged the committees to complete their tasks quickly in a bid to increase legislative productivity. He stressed the need for stronger coordination to finalize the biggest possible number of bills.

He said, “The legislative wheel must move forward in this parliamentary term as the public is waiting for the passage of vital laws.” He affirmed that his committee has been the most productive as it completed its report on the Information Accessibility Bill which was submitted to the Assembly to be tabled for discussion in the next session, while two other bills are scheduled for completion in the upcoming committee meeting.

Furthermore, MP Thamer Al-Suwait submitted a bill on amending Kuwait Institute for Scientific Research (KISR) Law No. 28/1981 in order to obligate the institute to submit periodic reports on environmental studies to the Assembly. He pointed out that Article Two of the law mandates the institute to promote scientific researches and studies on environment protection. He then stressed the need to benefit from such researches and studies to improve legislation on protecting the environment. 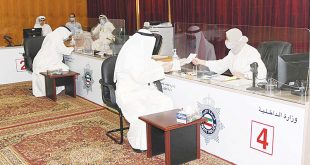 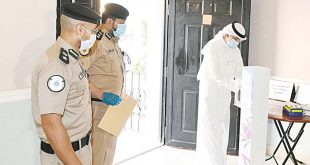